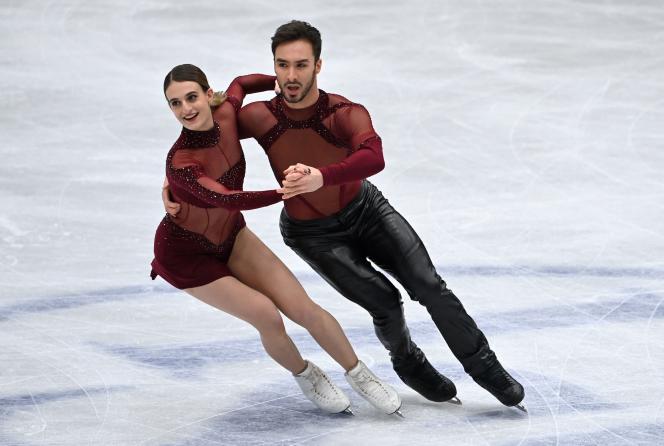 We won’t see Gabriella Papadakis and Guillaume Cizeron on the ice for at least a year. At least in official competitions. On the strength of their Olympic title, won in February in Beijing, and their fifth world crown, won in Montpellier in March, the skaters, both 27, have decided not to take part in any competition next season.

“We decided to take a short break from competition, to take the time to rest and focus more on shows and gala tours,” explained Guillaume Cizeron in an interview with AFP and L’Equipe. . “The thing we know for sure is that we won’t do next season. And for the rest, all the doors are still open,” adds Gabriella Papadakis.

The two skaters, who have been training and living in Montreal since 2014, will miss the 2023 World Championships in Saitama (Japan) and will devote their 2022-2023 season to tours and shows and take the opportunity to put their bodies to rest after more seventeen years of intense career.

“It was not really a difficult decision to make, it was difficult to confirm maybe because it is new for us, we had never made this kind of decision, explains the skater. But at the same time, I think it was obvious that we both needed to rest and that we would not resume competitions in the fall. »

“More things to tell, but in what form, we don’t know yet”

“We’ve had our lives so regulated and planned for the long term forever,” notes Gabriella Papadakis, who put on her first skates at the age of 4. “We also let ourselves go with the wind, with what we feel and what we want to do. Discover a little something else too and see what seems the fairest. For the moment, the only certainty that we have harvested is that we will not do next season. »

The two skaters believe in any case that they still have things to explore artistically together. “Desires to create something, artistic desires” could make them want to come back, according to Guillaume Cizeron.

“After, are these show numbers for tours? Will it be competition programs? That’s a bit undefined for the moment, tempers Gabriella Papadakis. I think we still have things to tell, but in what form, we don’t know yet. »