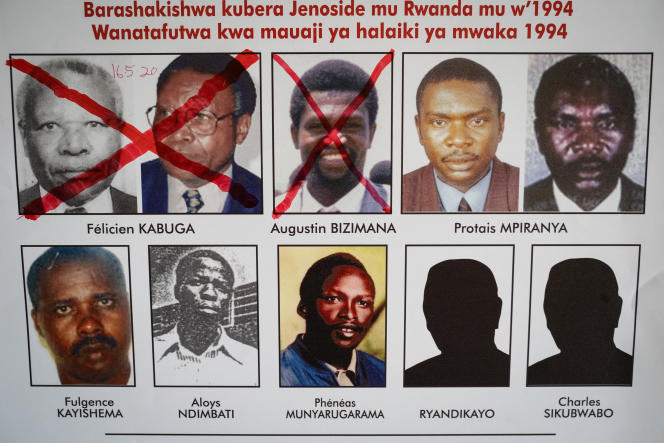 Félicien Kabuga, alleged “financier” of the 1994 Tutsi genocide in Rwanda, is fit to stand trial, a UN court concluded Monday, June 13, that the trial of the accused must begin “as soon as possible” in The Hague (Netherlands).

The trial chamber “finds that the defense has not established that Kabuga is currently unfit to stand trial”, the decision states, while Félicien Kabuga’s lawyers had in May 2021 requested a stay of proceedings against their client. due to his state of health.

Arrested on May 16, 2020 in the suburbs of Paris after twenty-five years on the run, Félicien Kabuga is notably accused of having participated in the creation of the Hutu Interahamwe militias, the main armed arms of the 1994 genocide which killed more than 800,000 people according to the United Nations, mainly among the Tutsi minority.

Various experts participated in the establishment of the case for the court, which “unequivocally demonstrates that Kabuga is in a vulnerable and fragile state”, noted the MTPI.

Opinions of independent forensic experts interviewed diverged on Mr. Kabuga’s fitness to stand trial, but “their opinions agree that he has had repeated acute health incidents which would necessarily render him unfit for trial.” any given time,” the court said.

The defendant is in need of “intensive medical care and supervision”, and is currently residing in a prison hospital “in light of his need for round-the-clock nursing care”, he said. He specifies.

The judges conceded that the question of Mr. Kabuga’s fitness to stand trial had not been “easy to decide” and advocated that his condition be continuously monitored.

It is “in the interests of justice to open this trial as soon as possible, which means proceeding to the Hague branch,” the MICT said.

The specialist care Mr. Kabuga is likely to need is “not present in or near Arusha specifically [where the other branch of the court is located],” the ruling said.

Former president of the Free Radio-Television of the Thousand Hills (RTLM), which broadcast calls for the murder of the Tutsi, Félicien Kabuga is indicted by the MTPI in particular for “genocide”, “direct and public incitement to commit genocide” and “crimes against humanity (persecutions and extermination)”.

News Editor - June 14, 2022 0
What is the name of the main character in L'Avare, by Molière? To which literary movement does Nathalie Sarraute belong? As the 2022 baccalaureate...

“Landscapers”, on Canal: love to life, to death of Olivia Colman...