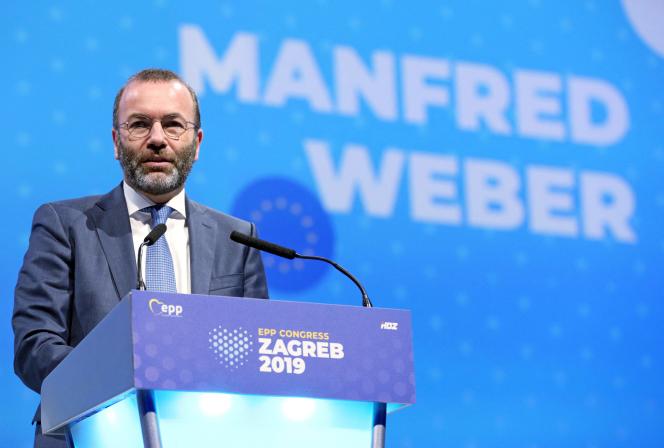 The German Manfred Weber was elected on Tuesday, May 31, at the head of the European People’s Party (EPP), the pro-European right-wing party. The only candidate in the running, Donald Tusk’s successor aims to restore the Christian Democrat family’s influence within the European Council.

“Let’s be honest, we’re not at the best time in our history,” Weber admitted as conservative right-wing parties string together defeats in the European Union (EU).

EPP officials have acknowledged that the presidential election in May in France was a disaster with less than 5% of the vote for the right-wing candidate, Valérie Pécresse. The family also lost its political leader with the departure of Angela Merkel from the German Chancellery. Its main components, the German CDU, the Spanish Partido Popular, Forza Italia, the French Republicans are today in opposition.

The EPP now has only seven leaders at the table of the European Council which brings together the Twenty-Seven (Greece, Austria, Cyprus, Romania, Croatia, Lithuania, Latvia) but it has to deal with the Socialists and the Liberals of Renew.

Originally from Bavaria, member of the Bavarian CSU – sister party to the CDU – elected MEP in 2004, Manfred Weber, 49, has led the EPP group in the European Parliament since 2014. The man is discreet, and refuses to learn French, one of the two working languages ​​of the institutions. He has spent his entire career in the European Parliament and has no contact with EU leaders, unlike former Prime Minister Donald Tusk or his mentor, the Frenchman Joseph Daul, who had Angela’s ear Merkel.

The EPP remains the largest party in the European Parliament in terms of seats, which should have allowed Mr. Weber to take over the presidency of the European Commission in 2019. But the French president, Emmanuel Macron, had thwarted this ambition by favoring his German compatriot Ursula von der Leyen, judging that he had “neither the experience nor the authority required” to lead the Brussels executive.

Manfred Weber has not given up. “Everyone took it for granted that he would run for the presidency of the European Parliament,” one of his relatives told Agence France-Presse (AFP). But Donald Tusk’s decision to give up the EPP presidency to return to politics in Poland has given him a new option.

He presents himself as a moderate within the CSU and a man of compromise. A defender of European values, he is tough on illegal immigration, a supporter of firmness vis-à-vis candidates for membership and hostile to an excessively spendthrift EU, in the name of the interests of taxpayers.

But after being elected at a Congress in Rotterdam, southwestern Netherlands, Weber said on Wednesday that war-torn Ukraine’s EU membership was a priority. . “The first message we have to give at this time (…) yes, you can become a member of the European Union,” he said. “The EPP supports candidate status for our Ukrainian friends and also for the Republic of Moldova”, he added, in the presence of former Ukrainian President Petro Poroshenko, authorized to leave Ukraine to participate in the event.

kyiv has expressed frustration with some EU countries refusing to fast-track its membership following the Russian invasion on February 24. The European Commission intends to give its opinion in June on whether Ukraine will obtain candidate status.