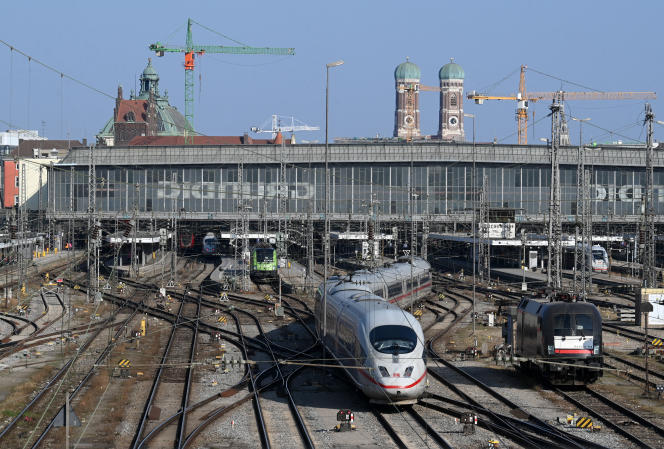 Germany adopted the “9 euro ticket” on Friday, May 20, after weeks of heated discussion. From Monday 23 May, all residents will be able to buy a public transport ticket at the single price of 9 euros per month, allowing them to use urban transport and regional trains. The measure is scheduled for three months. A notable exception to German federalism, which provides that the Länder have sole competence in matters of public transport: the measure proposed by the federal state applies in all regions, at the same price. Its cost to the taxpayer is estimated at a minimum of 2.5 billion euros.

The stated objective is to convince motorists to leave their cars in the garage, in the context of the sharp rise in oil prices. Above all: since the outbreak of the war in Ukraine, Berlin has redoubled its efforts to reduce Germany’s dependence on Russian oil and gas. The Minister of Ecological Economy, Robert Habeck, in charge of the file, has multiplied calls to the population to reduce energy consumption. Improved accessibility to public transport should contribute to this.

In reality, the project is also a last-minute correction to compensate for another, much more controversial measure: the discount granted to motorists on fuel prices at the pump. Defended by the liberal FDP party, it had aroused the anger of the environmentalist party, its ally with the social democrats in the ruling coalition, which refused to subsidize fossil fuels in this way. The government has agreed on a rebalancing: the 9 euro ticket is also intended to be a targeted aid to public transport users in the face of inflation.

It remains to be seen what the impact of the measure will be on road traffic. Several regions have criticized the project in recent weeks, arguing that this ticket would mainly create windfall effects for tourists and would dig a hole in public finances, with no guaranteed effect on the behavior of motorists. Not to mention the dreaded consequences on the congestion of public transport, which has not increased its capacity. Deutsche Bahn, a public company that runs many city and regional lines, is already notorious for its systematic delays and breakdowns, especially during the summer months, which already tend to discourage those who choose the train.

One thing is certain: the 9 euro ticket has been one of the most discussed government measures in recent weeks, to the point of becoming emblematic of the debate on energy saving. Proof, if needed, that in the country of the big sedan, measures to improve public transport do not lack support among the population.