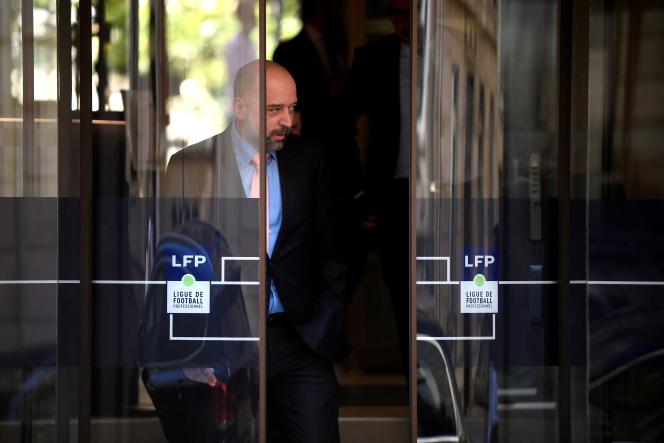 This is the moment of truth for Gérard Lopez. The president of the Girondins de Bordeaux has an appointment, Tuesday, July 5, before the National Directorate of Management Control (DNCG), the financial policeman of French football. This appeal hearing is the last chance for the club, which was demoted to National on June 14 because of its financial losses, three weeks after its sporting relegation to Ligue 2. A decision which, if confirmed, would mean the bankruptcy of the company, because its cost structure is too heavy to evolve at the amateur level.

Go back twelve months. On July 23, 2021, the Spanish-Luxembourgish businessman officially took over the Girondins, on the verge of bankruptcy after the disengagement of the American investment funds King Street and Fortress. A year after the takeover, Mr Lopez reached an agreement on the club’s debts with the two creditors on July 1, four days before the crucial review of the bailout before the financial authorities. In order to convince the DNCG of the viability of the club, Gérard Lopez undertook to transfer half of the 52 million euros due to these funds to his company Jogo Bonito and to inject 10 million euros in equity. Bordeaux Métropole also made a gesture by accepting a moratorium on the 5 million it should have received in 2022-2023 for the rental of the Matmut Atlantique stadium.

Lille, Royal Excel Mouscron (Belgium), Portuguese club Boavista, Bordeaux… Gérard Lopez’s adventures in football follow one another and, each time, history seems to repeat itself: a club – with a past – in difficulty , a thunderous arrival with ambitious objectives, financial arrangements as sophisticated as they are opaque, and then, on arrival, salary delays that accumulate and grimace soup for the supporters.

The resentment of some fans is tenacious, even at LOSC, the Lille club, which he nevertheless led to the title of French champion in 2021 with Christophe Galtier, tipped to become the coach of Paris-Saint-Germain, and Luis Campos, the club’s sports adviser. “He’s a smooth talker who knows football well, but he’s unreliable. He left the finances in a catastrophic state, “says Franck Deffenain, head of a group of supporters in Tourcoing (North).

True to his logic as a finance professional who focuses on value creation, Mr. Lopez points out that that of the Dogues workforce at the time of his departure was estimated at 330 million euros, an amount greater than his indebtedness. . He was landed at the end of 2020, a few months before the title, because he could no longer repay the loan of 225 million euros at more than 10% interest contracted with the American fund Elliott to buy the LOSC. The Covid-19 pandemic – which has rendered the world of football bloodless – has shown the limits of its strategy, which is based on the “trading” of players. Namely: recruit many promising young people to resell the best at gold prices.

An approach similar to that of venture capital, where investors multiply bets on young growth companies hoping to find the next unicorn at more than 1 billion dollars (960 million euros). Wherever he went, Gérard Lopez left more the memory of a speculator than that of an investor wishing to register in the long term.

Financially, the businessman is creative to say the least. In 2017, during the takeover of LOSC, Mediapart – in a joint investigation with France 3 and Mediacités – revealed an opaque arrangement through cascading companies in the United Kingdom, Luxembourg and Hong Kong, ultimately owned by an offshore structure. in the British Virgin Islands. Tax optimization, of course, is not a crime.

A fan of three-cushion billiards, Gérard Lopez sometimes gets his feet stuck in the carpet. Transfers of players made during his time at Lille are suspected of having been overvalued in order to remunerate intermediaries. In France and Italy, justice is investigating in particular the sale of Nigerian striker Victor Osimhen to Naples for 71.3 million euros in the summer of 2020. Not afraid to mix up roles, the financier had at the time created in London “one of the most important recruitment cells in Europe”, as he explained in 2019 to France 3 Hauts-de-France.

By dint of multiplying the sleight of hand between his multiple companies, Gérard Lopez attracts the attention of justice. In June, he was sent to court in Luxembourg for forgery and forgery in connection with a 2014 transfer of €2 million between Formula 1 team Lotus and Fola Esch football club ( Luxembourg), of which he was the president at the time. This sum would have been transferred to a company based in Hong Kong and owned by his friend Eric Lux.

Often business partners, the two men together created the Genii company, in which they notably house real estate assets. It is through him that these car enthusiasts – Gérard Lopez owns around a hundred vintage cars and takes part in car races – financed their investments in Formula 1. Far from being the fiasco that some claim, the takeover of the Lotus team, between 2011 and 2015, was a sporting success: it finished fourth in the world twice, in 2012 and 2013, behind heavyweights (Red Bull, Ferrari, Mercedes). “Gérard has done a good job in F1, but a team requires huge resources. In the long term, it is impossible for an individual, even a wealthy one, to compete with the big manufacturers,” says his friend Alain Prost.

When criticism rains down, this born communicator most often opts for silence. In the Grand Duchy, where finance is the national sport, his image is not that of a wheeler-dealer, but rather that of a venture capital specialist with nothing left to prove.

Born in 1971 in Esch-sur-Alzette (Luxembourg) to immigrant parents, Gerardo Lopez Fojaca has dual Luxembourgish and Spanish nationality. At 17, he designs and sells software to manage construction sites. He left to study in the United States, where he founded one of the first Web agencies, which he sold to create the Mangrove venture capital fund with Mark Tluszcz and Hans-Jürgen Schmitz, two Luxembourg friends who met at the consulting firm. Arthur Anderson.

The trio is known for having carried out one of the finest moves in private equity (the English name for venture capital). In 2005, Skype, of which Mangrove was the main shareholder, was sold, according to estimates, between 2 billion and 4.1 billion dollars (3.3 billion euros at the time) to eBay, for an initial bid of 20 millions. At 34, Gérard Lopez becomes rich, very rich. The sale of Skype would have brought him between 200 and 300 million dollars. He still owns 30% of Mangrove, which is far from being the businessman’s only company, the latter boasting in an interview with Le Monde, in 2021, of “having created or supported more than a hundred of businesses”. The value of the assets held by the multiple structures in which he owns shares would be around 10 billion euros.

Gérard Lopez’s setbacks in sport have not tempered his frenzy in business. In June, he announced the creation of The Lydian Group, a consortium of investors that holds stakes in a dozen start-ups specializing in cryptocurrencies. The announcement was made in the midst of a storm in the virtual currency market. As if the businessman cares nothing for the sound and fury that surrounds him.