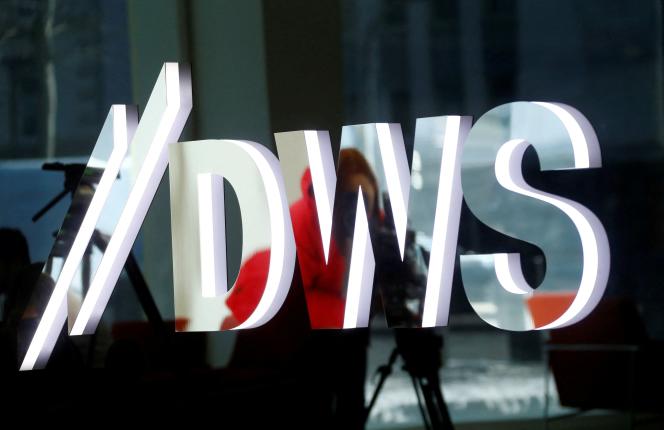 This is a case that sounds like a warning. Impunity is no longer appropriate for financial institutions tempted by “greenwashing”, this facade of ecology that promotes exaggerated, even misleading, “green” initiatives to fight against climate change.

The boss of DWS, the second European asset manager and subsidiary of Deutsche Bank, resigned on Wednesday June 1, the day after searches carried out by German justice in Frankfurt, at the premises of the banking group and its subsidiary. The latter is targeted in an investigation for fraud on investment products “sold as more ‘green’ and ‘sustainable’ than they actually were,” the city prosecutor’s office said on Tuesday, May 31.

DWS CEO Asoka Wöhrmann was already under pressure. The Financial Times had revealed earlier this year that Deutsche Bank was investigating a payment of 160,000 euros received from a client of the bank. He will step down on June 9, following the establishment’s general meeting, and will be replaced by Stefan Hoops, current director of corporate banking at Deutsche Bank.

In this case, the suspicions of deception relate to investments labeled ESG (according to environmental, social and governance criteria), an asset class that continues to grow as governments and populations become aware of the risks associated with climate change. According to forecasts by Bloomberg Intelligence, these assets should reach more than 50,000 billion dollars (46,890 billion euros) by 2025, or about a third of global assets under management.

Regarding DWS, the justice found “indicates” that, “contrary to what is indicated in the sales prospectuses of the funds” promoted as “sustainable”, ESG criteria “have not been taken into account in a large number of investments,” explained the prosecution.

It was a former DWS sustainable development manager, Desiree Fixler, who alerted the Securities and Exchange Commission, the American market policeman, and the American federal police (FBI). This leader left the institution in March 2021, after just over six months on the job, then accused the asset manager, a self-proclaimed pioneer of sustainable and climate-friendly funds, of inflating the size of its ESG investments . The American authorities, then the German regulator, BaFin, then opened an investigation. “It’s not just about replacing a man,” the whistleblower said, referring to “a huge culture problem at Deutsche Bank.”

In its 2020 annual report, DWS said it manages portfolios integrating ESG criteria worth 459 billion euros. A year later, after a strengthening of European rules on transparency on this type of product, the 2021 report, published in March, only reported 115 billion euros in ESG assets.