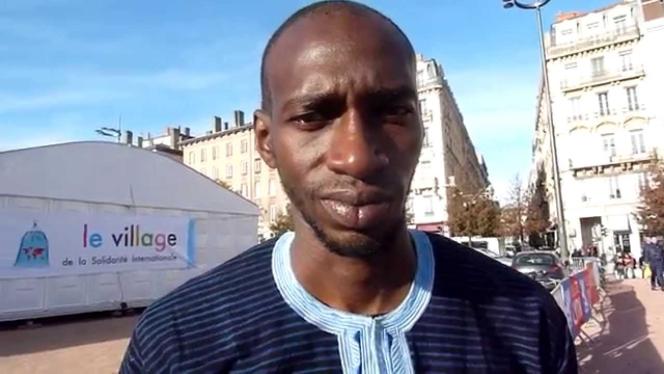 After the sinking of a boat off the coast of Libya, during which thirty Guineans perished, the journalist Hammady Cherif Bah wondered about what, in 2021, pushed 10,000 of his compatriots from the city of Mamou , 250 kilometers northeast of the capital, Conakry, to try the adventure towards Europe.

He realized that half of those who left returned to Guinea without even having reached the Mediterranean. So he wanted to dig into the life paths of those who are called “returnees”. He made a twenty-four minute documentary of it, co-directed with Jean-Pascal Bublex.

Hammady Cherif Bah, whose voiceover accompanies the film, sketches the portrait of several of these “returnees”. In Mamou, Hady and Ousmane tell the mechanics of slavery, torture and detention in Libya, but also the return to the country as pariahs. “Those who fail are rejected by their families,” says Ousmane. The two men are now trying to develop a farm on the outskirts of Mamou.

In Conakry, Mariam describes how she fell prey to a sexual exploitation ring in Algeria, before experiencing the “shame” of returning, rejected by her mother. Her cousin also explains that she tried the adventure in the hope of earning money, after her husband left her alone with their children and despite Mariam’s warnings. However, she had a similar experience in Algeria, before returning home after three months.

By sharing their experience, everyone today tries to convince their peers not to try “the adventure”, without much success. If “clandestine migration is a dead end”, Hammady Cherif Bah tries to demonstrate that, “contrary to popular belief”, those who have been able to take advantage of a legal route of migration to study in Europe return in majority to Guinea to develop activities.

He follows, among them, Mountaga Keita, an entrepreneur who suffered nearly ten visa refusals before being able to study in France. He is now at the head of a start-up that sells technological solutions in the health sector, and dreams of retaining young people by offering them work. “We only want a drop of it so we can keep it there,” he says of the “billions of dollars shifted from left to right.”

Aïssata Camara has returned to her parents after studying journalism in France, and we follow her in her investigations into the causes of youth emigration. Excision of women, early and forced marriages, looting of mineral resources, corruption… Guinea is one of the poorest countries in the world, and migration sometimes seems “inevitable” in the eyes of the director.