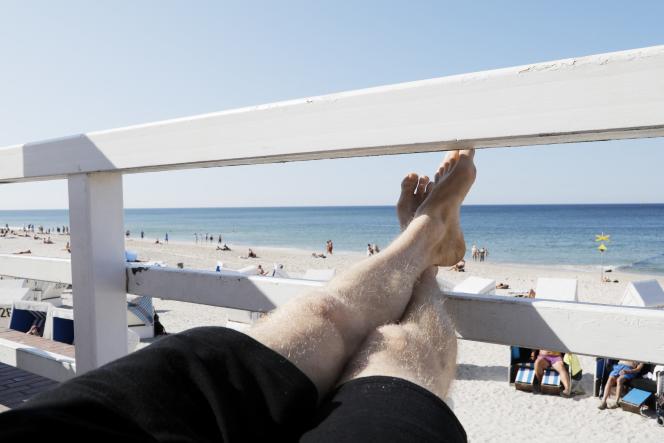 The word has something old-fashioned and a bit confusing. “There is no similarity between the wish to have eternal rest one day and that of a day of rest to overcome burnout”, writes Alain Corbin in Histoire du repos, a lively essay on this notion which was so important in a world steeped in religion and which today merges with escapism and entertainment.

The rest first appears in Genesis, where God rests on the seventh day after creating the world. It is the foundation of the Sabbath, one of the pillars of Jewish law, a weekly reminder of the Covenant. The Christian Sunday is partly its heir, except that, for theologians, it is not the last day of the week, but the first, in reference to “the first day of Creation in Genesis, the one where God created the light, and, in anticipation, at the resurrection of Jesus”, explains the historian, referring to “the divine creative thrust, which inaugurates a new transfer of energy and begins a new cycle”.

This book by Alain Corbin is, like the previous ones, a jewel of erudition, scholarly digressions and humour. Above all, it forces you to decenter your gaze. His books talk about the winds (La Rafale et le Zéphyr, Fayard, 2021) as well as the sound of bells (Les Cloches de la Terre, Flammarion, 1994), La Fraîcheur de l’herbe (Fayard, 2018) or La Douceur de l’ombre (Fayard, 2013), drawing text after text a landscape and an imaginary sensibilities of which Le Miasme et la Jonquille (Aubier Montaigne, 1982), devoted to smell and perfumes, was the kick-off . He now signs, at a sustained pace, brief essays which are all ways of clearing the ground for future researchers.

Rest involves all aspects of life up to the cemetery, that “resting field”, as it was often called in the villages. Rest is also the choice to put oneself outside, withdrawn or even retired, detaching oneself from the vanities of the world in order to find peace of mind or to pray to prepare for death, like the Emperor Charles V ( 1500-1558), who, still at the height of his power, abdicated to retire to a monastery. But retirement can also be forced by disgrace and the ban on appearing at court.

A moment of truth

It is never easy to leave the temptations and the din of the world. “Nothing is so unbearable to man as to be in complete repose, without passions, without business, without diversion, without application”, already noted Pascal. “The best of all goods for man is rest, retirement, and a place which is his domain,” wrote La Bruyère, on the other hand. To read the moralists of the sixteenth and eighteenth centuries, the opposite of rest is not fatigue but restlessness. It is a moment of truth. “The moment of tumult and the moment of rest have this in common that each shows itself for what it is”, noted Diderot.

In the 19th century, rest changed in nature. It reaches the status of natural need that we detail and fragment. “It bundles together the notions of health, fatigue, well-being,” writes Alain Corbin. This is its peak, with, in the middle of the following century, paid holidays, the discovery of the coast, the “sea, sex and sun” from the 1960s. The today of rest is increasingly confused with the mass consumption and tourism. The historian notes that “leisure replaces rest. It occupies its time and invades its space”.