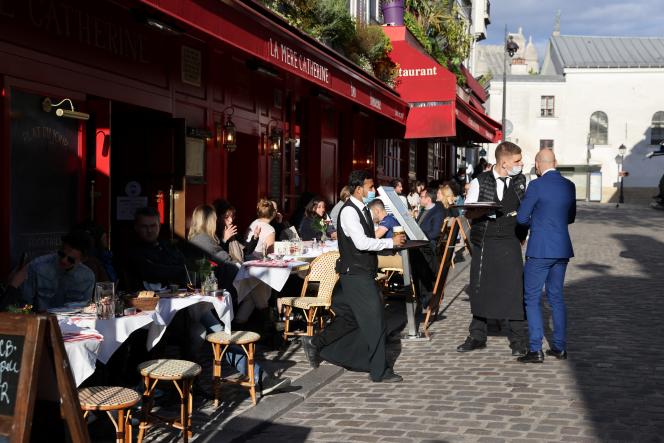 The Union of Trades and Industries of the Hotel Industry (UMIH), the main employers’ union of the branch, a sector which seeks to recruit all over the place, is preparing to sign an agreement with the Tunisian government to facilitate the arrival of young Tunisians willing to work as seasonal workers in the sector.

The sector, already in “permanent tension for years”, lost a large number of staff during the health crisis and “Pôle emploi has a very low stock of job seekers targeted at our activity”, explains to AFP Thierry Grégoire, president of the UMIH seasonal workers. This is why the employers “do not refrain from looking at the good practices of other sectors, such as agriculture”, he specifies.

For several years, Aneti, the equivalent of Pôle emploi in Tunisia, “has been working on the mobility of Tunisian seasonal employees with the agricultural world and the FNSEA, to supplement the needs of companies when there are deficiencies in certain types of positions,” reports Mr. Grégoire.

As part of an agreement that the UMIH wants to sign in June in Tunis, the organization will put Aneti in touch with French companies wishing to recruit Tunisian seasonal workers for a maximum of five months, paid according to the salary scales of the branch. hotels and restaurants in France.

This system, which will actually be put in place in 2023, “will remain very marginal”, because “the priority remains to hire job seekers in France, but the pool does not make it possible to fill all the positions”, continues the employer manager. Employers must be able to accommodate these Tunisian employees, who will submit their application on the HCR-Emploi recruitment platform created by the UMIH.

“This possibility has existed for more than twenty years. So far, it hasn’t really interested our sector, but given the shortage of jobs we are facing, we want to explore this additional avenue to hire seasonal workers,” said Mr. Grégoire, adding that discussions at this subject began almost a year ago with the Ministry of the Interior.

Since 2003, an agreement on the exchange of young professionals between the two countries has given access to the French labor market to young Tunisians with diplomas or experience in many sectors (construction, hotels and restaurants, IT, the medical sector , personal services, etc.) and enables young French professionals to work in Tunisia.