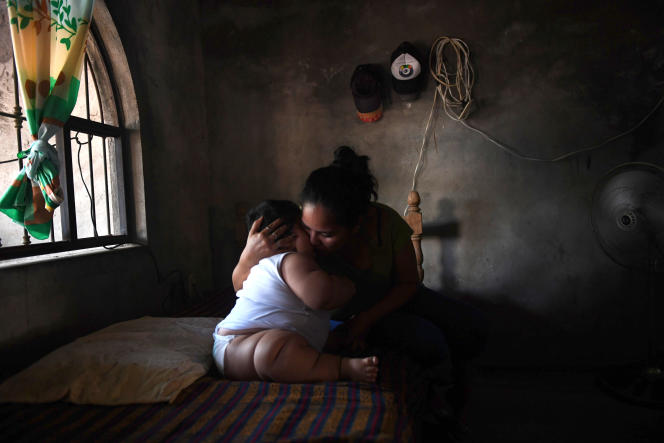 Did food giant Nestlé try to block junk food labeling in Mexico? The Swiss non-governmental organization Public Eye confirms this. In a report published Friday, July 1, she lifts the veil, copies of email exchanges in support, on the lobbying carried out, at the end of 2019, by the Swiss flagship in a country where seven out of ten Mexicans are overweight or obese. The NGO assures that the Swiss government has been “instrumentalised” by Nestlé to put pressure on the Mexican authorities. The operation failed. The standard is applied.

The alert is all over Mexican food packaging. For almost two years, large octagonal black labels have been informing the consumer about ingredients harmful to health: “excess in saturated fat”, “in sugar”, “in calories”… The warning is equal to the urgency: the country has risen to the second rank of nations most affected by overweight and obesity among members of the Organization for Economic Co-operation and Development, after the United States. Mexico wins the prize for overweight among children: 38% of Mexicans aged 5 to 11 are overweight, according to the Mexican Institute of Statistics. The new regulations also prohibit junk food advertising aimed at minors.

A major challenge for Nestlé. “The company achieved a turnover, in 2019 in Mexico, of nearly 3 billion euros, explains Laurent Gaberell, author of the Public Eye survey. More than a billion sales of Nestlé products were threatened by this new labeling. The draft standard was published in October 2019, then adopted in March 2020. “It was during this period that Nestlé attempted to modify the content of the new regulations with the support of the Swiss authorities,” Gaberell points out.

On November 15, 2019, a Nestlé employee sends an email to a contact person at the Swiss Ministry of Economics (SECO), asking for “help” and “recommendations”. The names are redacted in emails obtained by Public Eye, after a request made in the name of a Swiss law on transparency and access to information. That day, the email is accompanied by an argument from Nestlé supposed to guide SECO in its diplomatic exchanges with the Mexican authorities. The memorandum laments an overly “restrictive” standard, raising “unnecessary fears” among consumers.

Seventeen minutes later, his interlocutor from SECO answered him favorably. The official even asks him “to whom should this argument be addressed in Mexico”. At the same time, Nestlé is mobilizing its suppliers. A letter, made public on November 20, 2019 by a consumer association, invites them to share their “concerns” with the Mexican government, brandishing the threat of “job cuts”.

The Mexican authorities are holding firm. In early 2020, the Swiss government filed a complaint with the World Trade Organization, like Brussels and Washington. Another failure, the standard comes into force in October 2020. Six months later, 10,000 products from 80 brands are withdrawn from the Mexican market for non-compliance with the new labeling. Among them, two cereals sold by Nestlé.

Contacted by Le Monde, the Swiss group assures us of its good faith: “In Mexico, we shared the objective of providing nutritional labeling on packaging. However, our reservations related to this specific form of labelling. The warning message does not encourage consumers to make healthier food choices within the same product category. By email, Claudia Afonso, spokesperson for Nestlé, adds that “like other companies, we communicate regularly and transparently with public authorities and other stakeholders”.

For his part, the spokesperson for the Swiss Ministry of the Economy (SECO), Fabian Maienfisch, rejects any “diplomatic support” for the Nestlé group: “The SECO does not act on the mandate of Nestlé or any other company ( …). SECO considers legitimate requests from Nestlé, as it does for all companies headquartered in Switzerland. »

Weight gain of more than 8 kilos during the pandemic

From ice cream to instant drinks, including dairy products, Nestlé has long benefited from a certain benevolence from the Mexican power, just like the American giants, Coca-Cola in the lead. The red and white brand even equips remote villages with two-tone signposts. Some experts speak of “Coca-colonization of Mexico”. The former president, Vicente Fox (2000-2006), was himself one of the company’s senior executives in Latin America. In 2016, as the government declared an “epidemiological emergency” over diabetes and obesity, President Enrique Peña Nieto (2012-2018) inaugurated a new Coca-Cola factory with great fanfare. Its crusade against hunger, launched in the Mexican countryside, also gave pride of place to Nestlé products.

The coming to power at the end of 2018 of his successor, Andres Manuel Lopez Obrador (“AMLO”), changed the situation. AMLO claims to want to “separate economic interests and public policies”. The center-left nationalist president deplores that the North American Free Trade Agreement, in force since 1994, has boosted the import of industrial foods, replacing corn and beans, the basis of the traditional diet of Mexicans .

But for the time being, the new labeling has not had the expected effects. Junk food and health measures related to Covid-19 have formed a devastating cocktail: 34% of Mexicans declared, last year, to have gained weight (8.5 kilos on average) during the pandemic, according to an Ipsos poll in January 2021. “The vulnerability of Mexicans to the virus is linked to the excessive consumption of ultra-processed products which have weakened their health”, affirms Hugo Lopez-Gatell, vice-minister of health and spokesperson for the health strategy against the virus. Covid-19. Hypertension, diabetes and obesity are all aggravating factors for the disease. In early May, the World Health Organization published an analysis of excess mortality in Mexico between 2020 and 2021, revealing that the pandemic had claimed 626,000 lives.