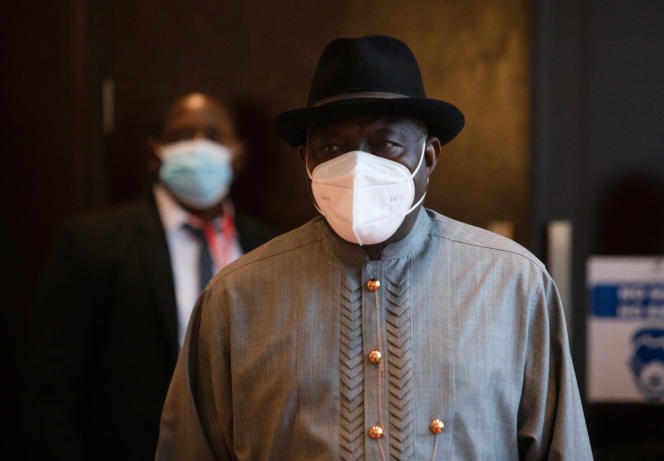 Leaders of the Economic Community of West African States (ECOWAS) meet at a much-anticipated summit on Sunday July 3 in Accra to decide on sanctions on Mali, Guinea and Burkina Faso, three countries that have been the scene of coups. West African leaders, who intend to press for a rapid return of civilians to power, will look into the vigorous commercial and financial retaliation measures inflicted on Mali since January and on those, less heavy, of Burkina Faso and Guinea.

West Africa has seen a succession of coups in less than two years: August 18, 2020 and May 24, 2021 in Bamako, September 5, 2021 in Conakry and January 24, 2022 in Ouagadougou. ECOWAS, alarmed at the risk of contagion in a vulnerable region, is increasing summits, mediations and pressure to accelerate the return of civilians to the leadership of these countries.

Mali, a poor and landlocked country, battered by a conflict that has lasted for more than a decade, is facing an embargo on commercial and financial transactions, excluding basic necessities. Burkina, another Sahelian country caught in the jihadist turmoil, and Guinea are currently only suspended from ECOWAS bodies. But the juntas in place intend to stay there for three years and expose their country to tougher sanctions.

In Mali, tough negotiations have been going on for months between the military junta and ECOWAS, but so far they have not resulted in a compromise. The last summit, on June 4, thus gave birth to a mouse: no decision was taken on the sanctions against the putschist regimes and ECOWAS gave itself one more month to negotiate and agree on lifting or maintaining sanctions.

Meanwhile, the mediator Goodluck Jonathan, former president of Nigeria, came to Bamako on Friday to meet the military authorities. If nothing has officially filtered exchanges, a member of his entourage told AFP that “Mali has made enormous progress”. Although there are “some adjustments to be made”, the Malian junta is “doing a good job”, he added.

The authorities announced on Wednesday an electoral calendar fixing the presidential election in February 2024, the constitutional referendum in March 2023 and the legislative elections between October and November 2023. It completes the adoption on June 17 of a new electoral law. These are all essential prerequisites for ECOWAS with a view to lifting the sanctions imposed on the country on January 9 to stop the military’s plan to govern for five years. A potential sticking point in the negotiations may nevertheless remain: it is the possibility given to the military by the new electoral law to stand in a presidential election.

Still, in Bamako, Sunday’s summit brings hope, “especially as we approach the [Muslim feast of] Tabaski”, at the end of next week, smiles a cattle seller. The sanctions have largely affected the Malian economy, already tested by ten years of conflict.

In Burkina Faso, ECOWAS appointed a mediator despite its “concern” over the thirty-six months planned for the transition. “We are on the way to compromise” with this country, a diplomat from the sub-region told AFP. The mediator, former Nigerien President Mahamadou Issoufou, is due to travel to Ouagadougou on Friday ahead of the summit. An electoral calendar, presented by the junta to the parties on Wednesday, must be proposed to it. It “concerns two aspects: the restoration of security and the organization of elections for the return to a normal constitutional order”, Prime Minister Albert Ouedraogo said. For Alassane Bala Sakandé, president of the former ruling party, the presentation of this calendar is “a spectacle for ECOWAS”. Several sources close to the organization welcome this apparent search for compromise.

In Guinea, a country which has so far refused the arrival of a mediator, the junta has approved a transition period of thirty-six months. A delay described as “unthinkable” by the Senegalese President, Macky Sall, current President of the African Union (AU). “ECOWAS is going to have to take action,” he said. The organization had expressed at the last summit “its serious concerns” in the face of political tensions and urged the authorities to establish a framework for dialogue with political actors and civil society. On Monday, as a first step, the government received the main political parties with a view to engaging in dialogue. Several parties have made their participation conditional on the appointment of a West African mediator.