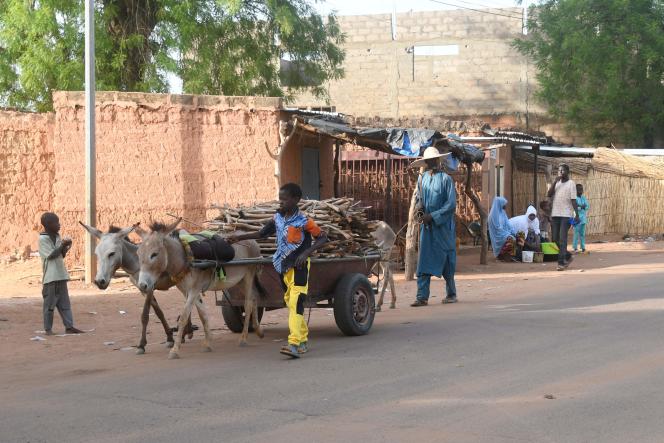 To analyse. Will the name of Thierno Mamadou Diallo be the first inscribed at the top of a long list of funeral announcements to come in West Africa, a collateral and innocent victim of a war which is taking place 6,000 kilometers from his home ? The 19-year-old Guinean fell, on June 1, in Conakry, under police bullets (in all likelihood) on the sidelines of a spontaneous demonstration denouncing a sudden increase in fuel prices. By government decision, the liter of gasoline at the pump had indeed gone the same morning from 10,000 Guinean francs (GNF, or about 1 euro) to 12,000 GNF. A price that barely allows a Guinean wage earner to buy 36 liters of fuel if he devotes his entire monthly salary to it. The military junta in power fears more than anything to see the population, bloodless, inflame the street and challenge its illegitimate power.

Like so many other countries, Guinea is suffering the economic repercussions of the war in Ukraine and the international sanctions applied to Russia. “In addition to the damage caused by the Covid-19 pandemic, the Russian invasion of Ukraine [February 24] has accentuated the slowdown in the global economy,” the World Bank warned in early June. Grain and oil prices have soared, threatening to deepen hunger in poor countries. World Bank economists expect this rate of price increases to continue through 2023-24.

“Due to the combined damage of the pandemic and the war, the level of per capita income in developing countries will this year be almost 5% lower than the trend that was projected before the Covid”, deplores also the ‘institution. “For many countries, it will be difficult to escape recession,” the World Bank said. UN Secretary General Antonio Guterres fears more: “a hurricane of famines.”

At the beginning of June, the World Bank projected a 42% increase in the prices of petroleum products in 2022. Based on these inflationary shocks, Agritel, a French firm of expertise in agricultural strategy, recalls a painful precedent. That, in 2007-2008, of the food riots in several places on the planet, from Haiti to the Philippines and in Africa in particular. Agritel notes that in dollar equivalent, i.e. constant dollar, wheat prices are now around $440 per tonne. Fifteen years ago, the price was only $10 higher.

Of course, African oil-producing countries benefit in part from the rise in prices. “But this is far from being the case for all importing African countries,” notes Agritel. The increase in the price of oil leads to a mechanical increase in the production costs of fertilizers and pesticides, as well as costs related to the use of agricultural machinery and their transport.

We find today, as in 2007-2008, a superposition of structural causes which weigh on supply: destruction of arable land, increase in demand, degraded climatic conditions… Not to mention the chaos, cyclical, linked to the paralysis of Ukrainian ports on the Black Sea from which 95% of the cereals of this second largest producer in the world left.

The Guinean case mentioned above raises questions that can be transposed to a number of countries in the Sahel and West Africa. It is difficult for these states, among the poorest on the planet, to cushion the shocks when the majority of the population lives from day to day. But for Guinea, Burkina Faso, Mali and Chad another difficulty is added: that of the lack of legitimacy of the military powers installed by coups d’etat, to manage this already tense social situation, that the war in Ukraine place on the brink of rupture.

To curb the protest in Conakry, the junta that came to power on September 5, 2021 purely and simply prohibited the right to hold demonstrations on the public highway “likely to compromise social tranquility and the proper execution of activities” during the three years supposed to precede a civilian return to power. The military also prohibited bakers from raising the price of bread. Of which act: they reduced the weight of each bread sold at the same unit price… The National Front for the Defense of the Constitution, a collective which orchestrated in 2019-2020 the mobilization against a third term of former President Alpha Condé, has denounced the “dictatorial attitude” of the junta.

In Chad, Mahamat Idriss Déby Itno, who “self-seized” power at the end of his father’s reign (1990-2021) interrupted by his death in combat in April 2021, has just decreed “the state of food emergency”. A decision in the form of an appeal for international aid which does not hide the lack of anticipation of a transitional government which expedites current affairs and represses any form of protest. As for the social situation in Mali, a country subject to economic sanctions since the military coup of August 2020, it continues to deteriorate, aggravated by the violence of armed groups which neutralize agricultural activity in entire regions. .

These military juntas have in common to prosper on the ruins of errant, corrupt political systems with weak institutions inspired by Western – often French – models that are generally unsuitable. Yet, while the military swear they are there only to save the nation, it is difficult to discern anything in their plans for the future other than the desire to keep what they have seized. If they did not trigger the “hurricane of famines”, the juntas are probably not the best equipped to manage this unprecedented crisis for several decades in Africa.