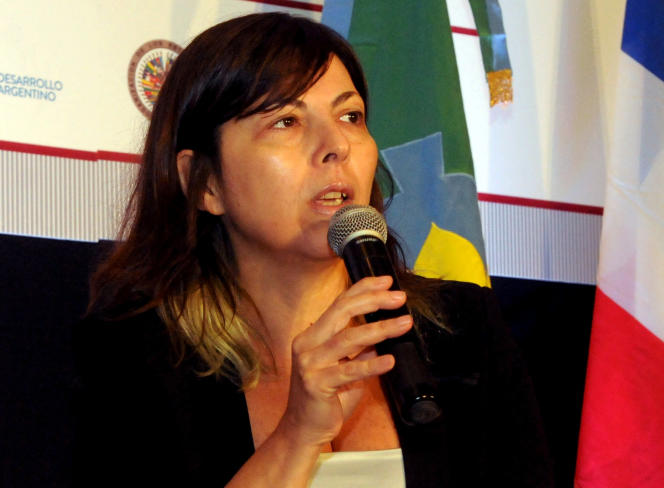 This is a signal of the growing influence of the Peronist (left) current in the Argentine economic landscape. Silvina Batakis, a 53-year-old economist, was appointed economy minister on Sunday July 3, after the resignation of Martin Guzman. The president, Alberto Fernandez (center left), appointed Silvina Batakis, “a renowned economist”, who was minister of economy in the province of Buenos Aires between 2011 and 2015, announced in the evening the spokesperson of the presidency on his Twitter account.

The head of state had, all day Sunday, held consultations to find a replacement for Martin Guzman, the great craftsman of the agreement on the restructuring of Argentina’s debt with the International Monetary Fund (IMF) signed in March. Mr. Guzman was hailed for saving Argentina, Latin America’s third-largest economy, from defaulting on a record debt of nearly $45 billion to the IMF, a legacy of a loan taken out in 2018 by the previous government of Liberal Mauricio Macri.

But this supporter of a smooth return to a balanced budget, of “tranquilizing” the economy, was regularly questioned by the left wing of the Frente de Todos (“all fronts”) coalition, the Peronist fringe embodied by the always influential and popular Cristina Kirchner, vice-president of the country (and head of state from 2007 to 2015). She insistently calls for a social shift, less deference to the major macroeconomic balances, in a country with 37% of the poor.

Silvina Batakis was, in the important province of Buenos Aires (15 million inhabitants), the minister of economy of the then governor, Daniel Scioli, a former vice-president of the head of state Nestor Kirchner, and therefore close of his wife, Cristina. The appointment of Batakis appears in this respect as a signal of the growing weight of the Kirchnerist camp in the center-left coalition in power in Buenos Aires, a year and a half before the presidential election.

In recent years, Ms. Batakis was Secretary in charge of the provinces, within the Ministry of the Interior, responsible in particular for the delicate articulation of public policies between State and provinces – Argentina is a federal State – in terms of resource allocation. and security. Daniel Scioli, another Kirchnerist who recently joined the government, at the Ministry of Productive Development, hailed in her “a person of great human quality and in-depth professional training. A tireless worker with a great sense of responsibility and remarkable experience.”

Poverty “is fought with a state that plans and intervenes, and with a society that imposes it as a social purpose”, displays the reception of Ms. Batakis’ Twitter account, which highlights the social fiber of the new minister, a graduate public finance and environmental economics. And, incidentally a football fan, of Boca Juniors.

Change of head or macroeconomic course? The reaction of the markets on Monday should be scrutinized, such as the street exchange rate of the dollar against the peso (239 pesos for 1 dollar, against 130 at the official rate). The peso has been constantly weakening for a year, despite the agreement with the IMF, and post-Covid growth regained (10.3% in 2021).

A question also concerns his attitude towards the IMF, for which “Guzman was a lesser evil”, summed up political analyst Carlos Fara for AFP. However, Cristina Kirchner has never hidden her reluctance for a debt agreement. And if the minister changes, the terms of the debt agreement remain: a balanced budget by 2025 (against a deficit of 3% of GDP in 2021), and the reduction of subsidies.

Silvina Batakis will also very quickly, from the June index expected in a fortnight, be confronted with stubborn inflation, which has got the better of its predecessor: 29.3% since the start of the year, 60.7% over the last twelve months. One of the first commitments of the new minister could be a meeting with the creditors of the Paris Club – another debt that Martin Guzman had managed to renegotiate – meeting which was this week on the agenda of the outgoing minister.