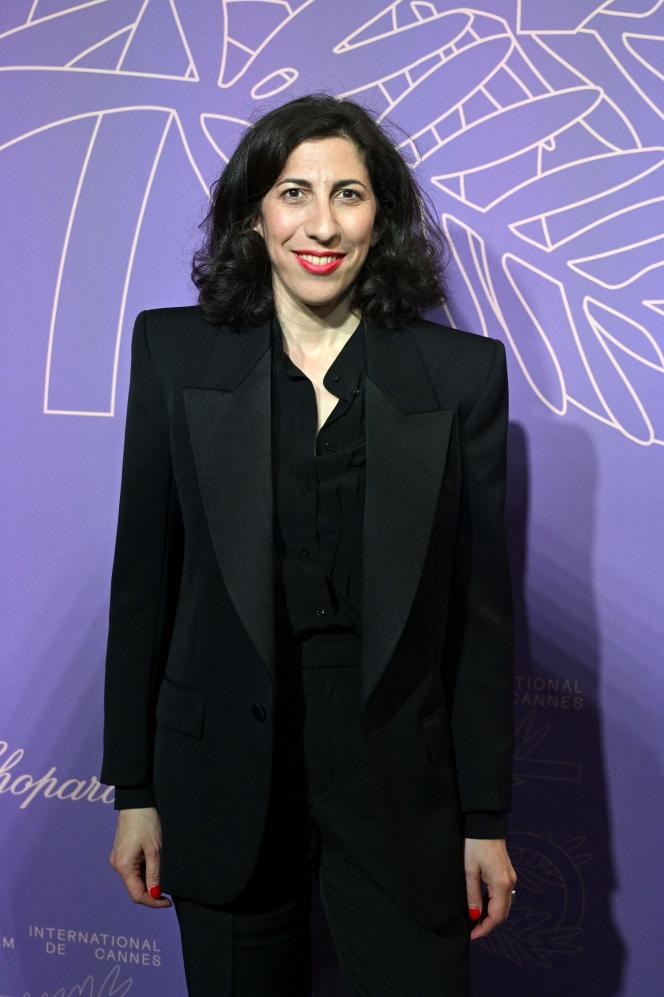 Rima Abdul-Malak climbed the steps of the 75th Cannes Film Festival – initiation rite for all culture ministers – on Tuesday May 24, at the end of the afternoon, for the screening of L’Innocent, by Louis Garrel, screened outside competition in the Grand Théâtre Lumière. The new tenant of Rue de Valois shared her rise on the red carpet with the six young ambassadors of the Culture Pass who had been turned away the day before at the bottom of the steps. A sign that the minister is both attached to the fate of young people and to this project, which she has also implemented at the Elysée Palace as a culture and media adviser. Perfect tempo, since the same day, the Culture Pass claimed 1.9 million young beneficiaries for the first anniversary of its generalization.

In the morning, the Minister attended the screening of another film, Barrage, the first feature film by Ali Cherri, a visual artist who, like her, was born in Beirut and lives in Paris. Shot in Sudan during the revolution, this film was screened at the Directors’ Fortnight. Obliged, like all members of the government, to observe a reserve period before the legislative elections, the minister made no announcement or public statement. On the other hand, she met, during a lunch organized by the National Center for Cinema and the Moving Image, about fifteen professionals of the 7th art, representing producers, distributors, cinema operators, directors, industries techniques, agents, authors, screenwriters, etc.

Rima Abdul-Malak spoke of the difficulty of bringing the public back to the cinema – even if it means planning a communication campaign on this subject – as well as the problems of exhibition of films in theaters. In this kind of imposed exercise, everyone, or almost, went there with their little couplet of grievances. Some pleaded for their chapel, others widened the debate. The Minister recalled the commitment made by the Head of State to find guaranteed revenue in order to compensate for the upcoming end of the audiovisual license fee. Most of the guests had already seen her at the Elysée and found the atmosphere “pleasant” and “friendly”. Especially since Rima Abdul-Malak already knows the subjects well, “exactly like when Audrey Azoulay arrived”, notes one of them.

The Minister then met with seven young directors who won the 44th Festival Residence (the former Cinéfondation). Coming from all over the world, they are hosted in Paris and benefit from a grant and a personalized support program in the writing of their screenplay. And as it was a question of birthday, the one who has just succeeded Roselyne Bachelot ended her day in Cannes under the hall of the Forville market with the 700 other guests of the gala dinner organized for the 75th edition of the Festival.