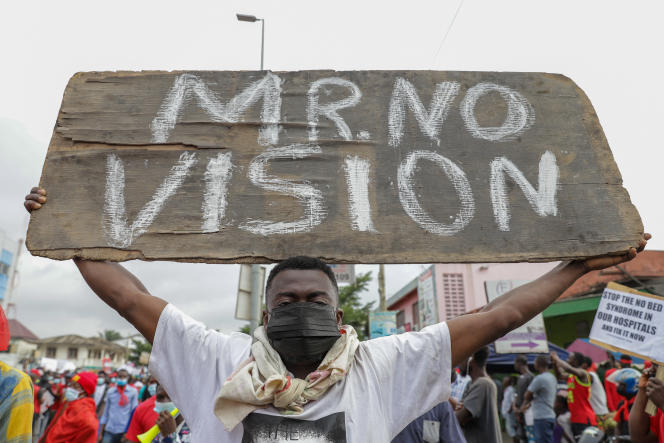 Ghanaian police arrested 29 people on Tuesday (June 28) after tear gas dispersing a protest against high prices of violence in Accra, according to a new report. Since the morning, hundreds of demonstrators have been marching through the streets of the capital, waving signs reading: “Mr. President, where did we go wrong? and “The high cost of living will kill us.”

In the middle of the afternoon, a hundred demonstrators tried to deviate from the official route of the demonstration, noted AFP journalists. They were stopped by a barrage of dozens of policemen, at whom they threw projectiles. The police responded by using tear gas to disperse the crowd.

“What a shame, we were there to protect you and keep you safe, but you are throwing rocks at us,” police wrote on Twitter, adding that 12 officers were injured. She later confirmed the arrest of 29 protesters and said that “the organizers of the protest were to be arrested and brought before a court of law for attacks and damage to public property”.

For several months, many Ghanaians have been demonstrating against the rising food and fuel prices, putting pressure on President Nana Akufo-Addo. Under the impact of the Covid-19 pandemic and the Russian invasion of Ukraine, inflation reached more than 27% this month, its highest level in nearly two decades in Ghana.

“We are suffering,” Baba Musah, a mobile phone repairman who joined the protest, told AFP: “We can’t afford three meals a day. Transport and food prices are too high. Many opposition figures were present at this demonstration organized by the pressure group Arise Ghana.