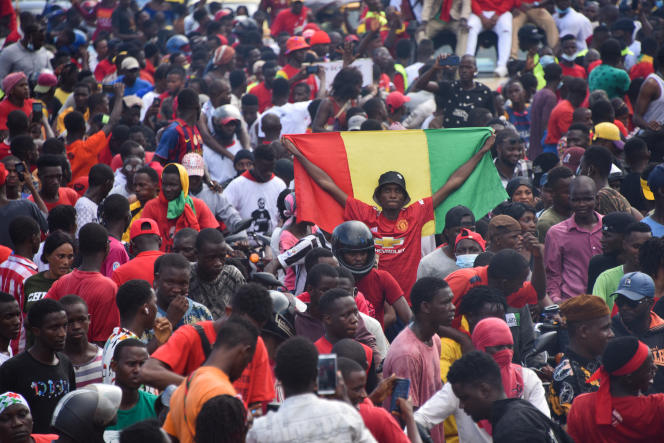 Guinea’s ruling junta has said there is no reason for it to restore the right to protest, ignoring a recent UN call and protests from political parties and civil society.

The junta that overthrew President Alpha Condé on September 5, 2021 proclaimed on May 13 a ban “until electoral campaign periods” of any demonstration on the public highway “likely to compromise social tranquility and the correct execution activities” for the three years that were supposed to precede a return of civilians to power.

On Monday, May 30, the Office of the United Nations High Commissioner for Human Rights urged the Guinean military to restore the right to demonstrate. The authorities rejected this request in a press release read Tuesday evening on state television. They repeated that “no march will be authorized until the supervision guarantees are met”.

The junta argues that the country has experienced a large number of demonstrations under the Condé presidency which, according to it, have left hundreds of people dead. Since coming to power, she says she has set up bodies for dialogue. “Contradictions and misunderstandings can be discussed in all serenity” within these bodies, she assures: “As a result, nothing can justify the marches in this sensitive period of national life when Guineans have [started] to talk to each other as brothers. »

The National Front for the Defense of the Constitution (FNDC), a collective which orchestrated months of mobilization in 2019-2020 against a third term for former President Condé, denounced in a press release published on social networks the “attitude dictatorial” of the junta. He expressed “his categorical refusal to submit to this illegal and untimely ban”. The FNDC calls on Guineans “to mobilize for the imminent resumption of citizen and peaceful demonstrations […] to prevent the confiscation of power [by the junta] and demand a rapid return to constitutional order”.

Political parties and civil society are increasingly making their voices heard against the repression of freedoms and the instrumentalization of justice under the leadership of the so-called transitional president, Colonel Mamady Doumbouya.

The authorities have opened a series of investigations against figures from the former regime and even from the opposition to former President Condé. A special anti-corruption court decided on Tuesday to detain three former ministers of the ousted president, we learned from their lawyers. Ibrahima Kassory Fofana, prime minister from May 2018 until the 2021 coup, Mohamed Diané, former all-powerful defense minister from 2015 until the putsch, and former environment minister Oyé Guilavogui were charged and imprisoned in April for alleged embezzlement of public funds, without any information being made public on the precise facts of which they are accused.

The situation in Guinea should be among the major topics of a summit of the Economic Community of West African States (ECOWAS), Saturday in Accra. At a previous summit on March 25, West African leaders had given the junta until April 25 to present an “acceptable” timetable for returning power to civilians, on pain of “economic and financial sanctions”. Since then, the junta has set the deadline at thirty-six months, a period that is difficult to accept for ECOWAS.