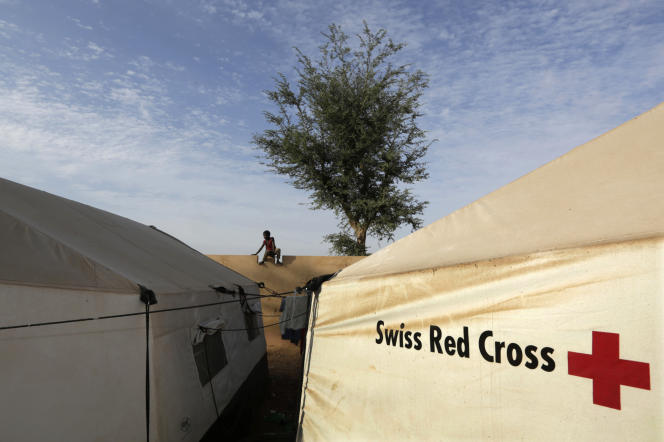 Two employees of the Red Cross in Mali were killed in the attack on their vehicle on Wednesday June 1 in the Kayes region (west), the Malian branch of the humanitarian organization announced on Thursday.

The driver of the vehicle and an expatriate delegate from the Dutch Red Cross were killed in this attack, perpetrated, according to the first testimonies collected by the Red Cross, “by armed men who appeared on motorbikes” and who “opened the fire without warning”. The driver was Malian and the Senegalese delegate, Nouhoum Maïga, secretary general of the Malian Red Cross, told AFP by telephone.

The Red Cross said that the team, which was “on a humanitarian mission aboard one of its vehicles bearing the emblem of the Malian Red Cross”, was attacked on Wednesday around 6 p.m. on the Koussané- Kayes. “The other two members of the team – the project coordinator and the accountant – were deeply affected by this tragedy,” the statement added.

“It was not the Red Cross as such that was targeted,” Maïga said, referring to a probable act of “robbery” and not jihadism. “We’ve had robberies in the past, kidnappings of vehicles, but no fatalities” in recent years, he added. The attackers left with the vehicle and equipment, he said. They later abandoned the vehicle, according to information given to him.

The Malian Red Cross condemns “with the greatest firmness” this incident which “undermines the humanitarian mission towards vulnerable populations”.

“This is terrible news and it touches us deeply. First of all, our hearts go out to the family members and anyone who knew the affected aid workers,” Marieke van Schaik, director of the Netherlands Red Cross, said in a statement. The organization says it is “shocked and devastated”. “Aid workers should never be targets of violence, they are there to help people,” van Schaik continued.

In a separate statement, the International Federation of Red Cross and Red Crescent Societies (IFRC) said it was “shocked and sad.” She says she is “deeply concerned about the deterioration of the security situation in the Sahel. This violence and the targeting of aid workers make it difficult for Red Cross teams to assist vulnerable populations in the region.”

Mali, a vast Sahelian country with a large part of its territory beyond state control, has not only suffered from the spread of jihadism since 2012, but also from high crime, especially on its roads. The Kayes region, bordering Senegal, is considered relatively more protected from violence than the center, the north or the so-called three-border zone with Burkina Faso and Niger.