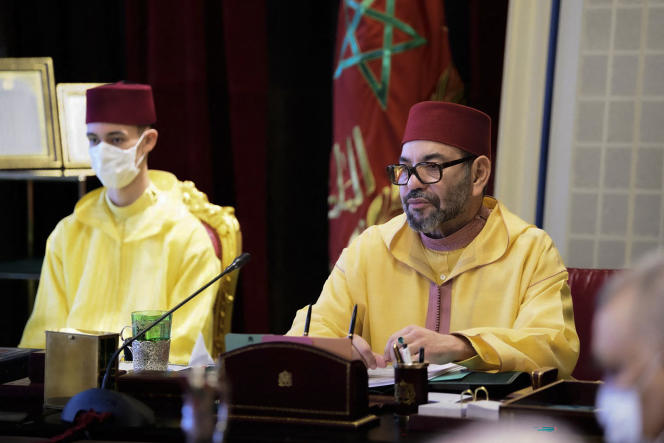 King Mohammed VI endorsed Wednesday, July 13 a reorganization of the Jewish community in Morocco, “component” of the national culture, during a council of ministers that he exceptionally chaired at the royal palace in Rabat.

At the end of this council, Interior Minister Abdelouafi Laftit presented to the monarch new measures concerning the organization of the Moroccan Jewish community, according to a press release from the spokesperson for the royal palace, Abdelhak Lamrini.

These measures – “developed, in application of the high royal instructions” – “consecrate the Hebrew tributary as a component of the rich Moroccan culture of its multiple tributaries”, underlines the press release published by the official agency MAP.

The Moroccan Jewish community, estimated today at 3,000 people, remains the largest in North Africa, despite a massive departure to Israel after the creation of the Jewish state in 1948.

Present since antiquity, reinforced in the 15th century by the expulsion of the Jews from Spain, this community reached 250,000 souls by the end of the 1940s. The new arrangements were drawn up following consultations with the representatives and Jewish community figures, according to the royal statement.

They establish a National Council of the Moroccan Jewish community, responsible for “managing the affairs of the community and safeguarding the heritage and the cultural and religious influence of Judaism and its authentic Moroccan values”.

Finally, a Foundation of Moroccan Judaism was created, whose “mission is to promote and watch over the intangible Judeo-Moroccan heritage, to safeguard its traditions and preserve its specificities”. This new organization of Moroccan Judaism comes at a time when the rapprochement between the Cherifian kingdom and the Jewish state continues at an accelerated pace.

Normalization with the Jewish state

Israel and Morocco restored diplomatic relations in December 2020 as part of the Abraham Accords, a process of normalization between the Jewish state and several Arab countries, supported by the former US administration of Donald Trump.

During the same Council of Ministers chaired by the sovereign – a rare occasion – a health system reform project was adopted, which must respond to the “generalization of social protection”, as well as a charter of the investment.

This is the second time in three days that Mohammed VI has appeared in public, accompanied by Crown Prince Moulay Hassan, since recovering from Covid-19. He led the Eid el-Adha prayer – the so-called feast of the sacrifice – on Sunday at the royal palace in Salé, near Rabat. On June 16, the sovereign’s new personal doctor, Lahcen Belyamani, announced that the king had tested positive for Covid-19, in an asymptomatic form.