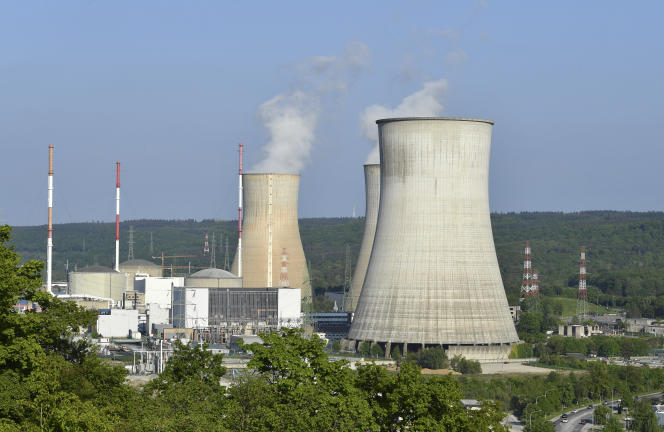 The announcement, in March, of an extension until 2035 of two of the seven Belgian nuclear reactors was supposed to close a long story, dotted with twists and turns. It will not be: Engie-Electrabel has, as was foreseeable, decided to impose heavy requirements for this maintenance of activity. And threw a stone into the pond, Tuesday, May 31: in a letter to the Prime Minister, Alexander De Croo, the energy company asked the Belgian State to become a kind of co-operator of the power plants and to co-finance, not only the extension of Tihange 3 and Doel, but also the costs of dismantling the other reactors and waste treatment.

In a position of strength facing authorities who have dithered for a long time and are, moreover, confronted with the consequences of the war in Ukraine for gas supplies, the managing director of Engie, Catherine MacGregor, believes that the amount of the decisions that the group should assume amounts to 1 billion euros. A risk considered too important for a private operator who, moreover, had expressed his reluctance about the extension of the plants. Invoking its necessary “stability”, the group says it is however keen to contribute to the country’s security of supply.

This is also the priority of the government assured, Thursday, June 2, Mr. De Croo. Which must, in principle, complete the negotiation with the French group before the end of June. The discussion promised, in any case, to be stormy. The Greens, members of the federal coalition, intend that Engie-Electrabel bear the costs of dismantling and waste alone, in the name of the “polluter pays” principle. The bill would reach a total of 40 billion euros and the environmental minister for energy, Tinne Van der Straeten, intends to have it paid in full by the operator.

Georges-Louis Bouchez, president of the Liberal Reform Movement, another majority party, also tensed the debate, saying that there was no question of the State paying for a private partner who, according to this leader , earns a profit margin of nearly 500% on every kilowatt-hour produced. Most of these dividends go back to Paris, where the group thus proves its solidity, adds the radical left. The Belgian power plants enabled the group to reap 583 million euros in the first quarter of 2022, says the daily De Standaard.

“We don’t negotiate this kind of thing in the public square”, says Mr. De Croo, trying to calm things down. His ministerial team has, in any case, refused so far any idea of ​​​​co-exploitation. And it is still counting on an extension from 2025, while Engie highlights fuel supply problems, which could delay the deadline by one or two years, and therefore deprive the country of a remedy. nuclear for two winters. If it intends to subsidize, as planned, other production capacities – including gas-fired power stations, to be built – the government should, in any case, quickly determine whether or not it can count on the contribution of nuclear power, and until when.

Knife to the throat, would he finally be willing to share the costs with Engie? The operator clearly fears that electricity prices will not remain at their current level, which would not allow him to make profitable the investments for the extension of the Doel and Tihange power plants. By trying to force Belgium to take a stake in a new company combining the two units, the group hopes to both protect itself from “unfriendly” decisions and reduce its financial risks.

Engie-Electrabel has another fear: that the Belgian Federal Agency for Nuclear Control will ask it for in-depth investigations into the state of its reactors, given the faults observed in France and the shutdown of 12 units due to corrosion phenomena. Engie-Electrabel claims that nothing has been detected in Belgium but, according to the daily L’Echo, the group’s management is worried. “It’s an additional sword of Damocles”, noted the newspaper, May 19, recalling that microcracks detected on the tanks of two units, Tihange 2 and Doel 3, led to a shutdown of nearly twenty months in 2014-2015.

How, now, to reach a much-needed agreement with the operator, while reconciling very opposing views within the government? Some sources are already talking about a postponement of the deadlines by Mr. De Croo. The powerful Neo-Flemish Alliance party (N-VA), in opposition, proposes to provide a “spare majority”. Because, according to its president, Bart De Wever, the ecologists actually want to defeat the negotiation and thus lead to a complete closure of the Belgian park.

“The Kitchen of the Monasteries” on KTO: From One Office to...

“The First Sex” by Mickaël Délis or the autobiography of a...

A quarter of flights canceled at Roissy-CDG airport, due to a...