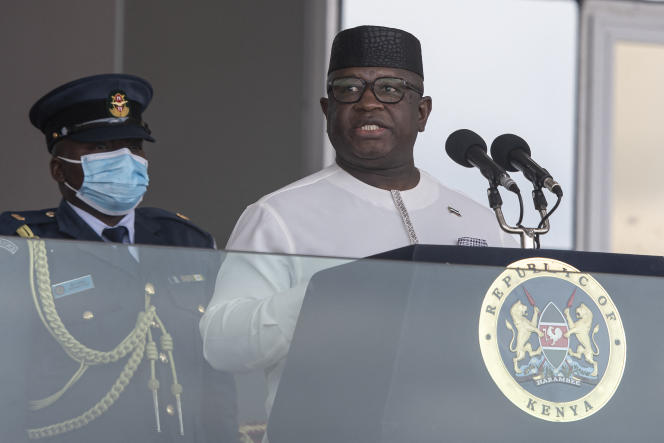 Sierra Leone’s President Julius Maada Bio on Friday (July 1st) gave the go-ahead to a “safe motherhood” bill that decriminalizes abortion in a country with one of the highest maternal mortality rates. raised in the world.

“My Government has unanimously approved a Safe Motherhood Bill which will include a series of essential provisions to ensure the health and dignity of all girls and women of childbearing age in this country,” Mrs. Bio during his closing speech at the 10th African Conference on Sexual Health and Rights in Freetown.

The law still needs to be discussed and voted on in parliament, according to the presidency. “At a time when women’s sexual and reproductive health rights around the world are either being reversed or under threat, we are proud that Sierra Leone can once again lead progressive reform,” he said with thunder. applause from the audience.

At the end of June, the Supreme Court of the United States revoked the constitutional nature of the right to abortion, opening up the possibility for American states to make it illegal on their territory.

10% of maternal deaths due to abortion

The current abortion law in Sierra Leone dates from 1861, a century before the country’s independence. It prohibits abortion unless the woman’s life is in danger. Yet health authorities estimate that unsafe abortions cause about 10% of maternal deaths in the country. The United Nations Population Fund counted 1,120 maternal deaths per 100,000 births in 2017, one of the highest rates in the world.

The practice of excision also concerns almost 90% of women in this small English-speaking West African country scarred by a civil war that lasted eleven years (1991-2002) and during which thousands of women were subjected to rape and sexual violence.

“This monumental step forward is a victory for our communities and the coalition of women’s rights organizations and movements in Sierra Leone who have advocated for legal, political and social change to decriminalize abortion,” are delighted in a press release the main organizers of the conference.

“As a teenager, I almost bled to death after a clandestine abortion. May this generation be the last to experience these horrors,” also reacted Josephine Kamara, a feminist activist.

In 2015, Sierra Leone’s parliament passed the Safe Abortion Act, but then President Ernest Bai Koroma refused to enact it due to pressure from some religious groups.