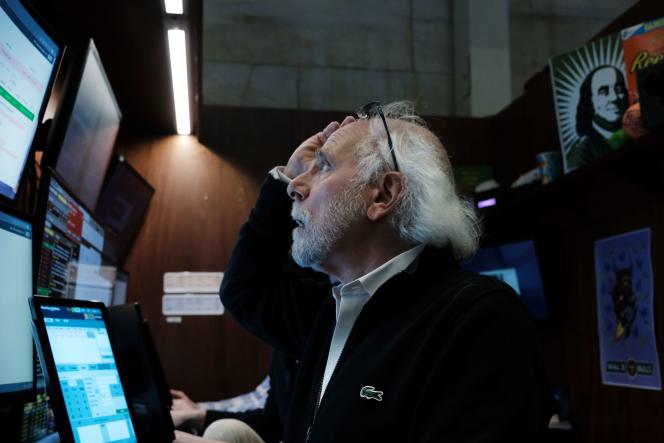 Unheard of since December 1981: annual inflation reached 8.6% in May in the United States, according to figures published Friday, June 10 by the Ministry of Labor. This announcement led to an immediate fall on Wall Street (2.9% for the S

This figure confirms the failure of the Federal Reserve (Fed), chaired by Jerome Powell: with years of free money policy, the American central bank has allowed the inflation that was thought to have disappeared to reappear. This general rise in prices aggravates the difficulties of the presidency of Joe Biden, five months before the midterm elections. Consumer confidence, measured by the University of Michigan, plummeted in June from 58.1% to 50.2%: this figure had never been reached including during the great financial crisis of 2008. It is embodied in the price of a gallon of gasoline, which is now close to 5 dollars (1.25 euros per liter).

The Russian invasion of Ukraine increased pressure on pre-existing raw materials and energy. China’s pandemic lockdown has disrupted value chains, but inflation is now affecting all sectors of the economy, fueled by ultra-loose fiscal and monetary policies during the Covid-19 crisis. “Unpopular opinion: what causes inflation is not Putin, but too much money for too few goods”, summarizes on Twitter the financier Michael Gayed.

Many traders hoped inflation had started to ease. The May figure is a cold shower: over one year, the price of energy has increased by 50%, food by 10%, new vehicles by 12.6%, transport by 7.9% and the 5.5% housing. Between April and May, there was no deceleration: prices increased by 1%, (or 12% on an annual basis), compared to an average of 0.7% over the previous six months. Excluding energy and food, the pace remains on a high plateau (0.6 point increase). Even the price of used cars, which had soared due to the shortage of new vehicles, has started to rise again.

This inflation is eroding the real wages of Americans, who have fallen by 0.5 points in one month and by 3% over one year. This negative news has a more satisfying flip side: the United States is not in an inflation-wage spiral, despite unemployment falling to historic lows. However, US workers are likely to be increasingly demanding, now anticipating inflation of 5.4% next year and 3.3% for the next five years (compared to 4.2% and 2.8% one year ago).

Financially, households are suffering from the fall in the stock market, which is not offset by the rise in real estate: according to the Federal Reserve, the net wealth of Americans fell in the first quarter of 2022 by 500 billion dollars – it reached a total of 149,000 billion. The Tax Policy Center, tagged on the left, does not hide its embarrassment: “A rapid economic recovery and Covid fiscal relief have left many households in strong financial shape in 2021. Signs of economic weakness and high inflation , as well as the expiration of some programs, could erase those gains this year.”

For months, the Fed has been hoping inflation will ebb on its own, with expectations of higher rates, higher mortgages and falling financial markets expected to cool the economy on its own. It is not so. The discontent becomes general against the central bank. “For the Fed, it’s a time of ‘whatever it takes.’ She doesn’t need to raise rates any faster in June. But she must be perfectly clear that she will raise the rates to 4, 5, 6, etc. if necessary,” tweeted Jason Furman, the Harvard economist. Barclays bank is now expecting a rate hike of 0.75 points as of the June 15 meeting, against 0.5 currently expected. Confusingly, the United States seems to have to go through the recession box to get rid of inflation.

“We’ve never seen anything like Putin’s food and gas tax,” responded Joe Biden, who called on Congress to reduce transportation costs and drug prices. Failing to have its ecological and social plan Build Back Better adopted, it now boasts of the consolidation of public finances. “The deficit has shrunk more under my leadership than at any time in history, but if Congress passed tax reform to ensure the wealthiest Americans and big business pay their fair share, we could shrink even further. plus this inflationary pressure. »