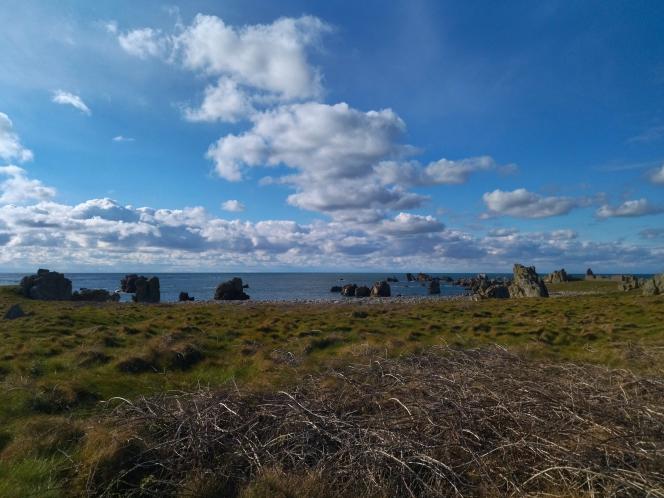 Sometimes almost nothing is enough. Which, in our hyperconnected and noise-saturated environments, seems (precisely?) out of reach. But then what? What is this “almost nothing” when it is neither Rimbaud’s eternity nor Charles Baudelaire’s marvelous clouds? The silence.

The silence that allows you to listen and hear differently, yourself and others. To also perceive what, between two ringtones of notifications, between alarming sirens and cars not yet electric, had remained hidden from us. It can be the sound of the wind in the leaves or his own breathing. So, listen carefully, realize how precious, even vital, it is. This is what Aurélien Frances offers with Silence podcast, which he recently created.

This 38-year-old journalist and radio documentary maker (France Culture, Arte Radio, Le mur des podcasts de Ouest-France, etc.) had been thinking about a “refuge” for a while to produce independent podcasts on the great outdoors. Spaces, he clarifies, that are not to be idealized but presented for what they are: “wild, rugged and sublime natural habitats; for wildlife and sometimes for humans.”

The podcast is because he fell into the radio very young: “It stimulated my imagination. There is something intimate about sound. Contrary to the image, it is not imposed, but proposed. And the silence? “Faced with the noise pollution we face and the saturation of speech and chatter, I see silence as a very peaceful form of resistance. I think silence should be a common good. The right to a quiet environment should be an inalienable right, regardless of where one lives. Because silence inspires calm. Because it also contains a notion of listening. »

Listening to this gentle young man brings to mind the words of the writer Aharon Appelfeld: “You have to learn to hear the silence between the notes. This is good: the podcast that Aurélien Frances has just produced is dedicated to the musician Yann Tiersen.

Because, he says, he loves his music very much. Because he also wanted to do a subject on the wind for a long time and the musician lives in Ouessant, where it blows often (understatement) and a lot. It was therefore with a reporting microphone, a windscreen and a rain jacket to protect the recorder from the spray that the journalist visited Yann Tiersen.

In episode 1, the latter evokes life on this island located off the coast of Brittany and the necessary humility in the face of the elements, which, he says, “brings a lot of serenity”. In the second episode, the musician talks about his father, who died when he was very young, or the place that electronic music now occupies in his compositions, some excerpts of which we hear here. You can also hear the seagulls and the surf, the church bells and, of course, the wind.

Listening to these two episodes, we say to ourselves that Aurélien Frances is a kind of painter, that with his microphone he draws soundscapes and offers us, without us needing to move but just by giving us a little of silence, wonderful journeys.