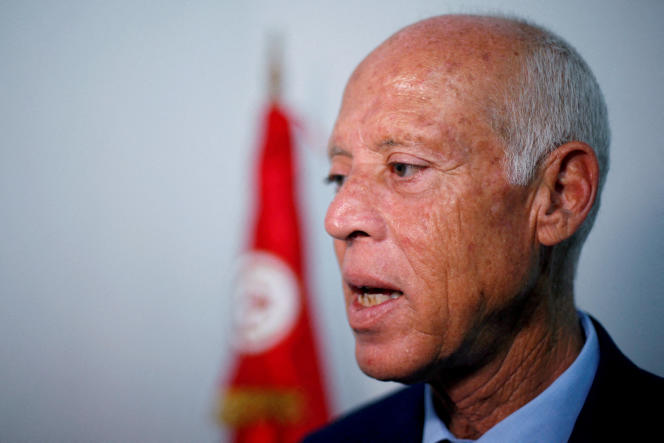 Tunisian President Kaïs Saïed had a draft Constitution published on Thursday, June 30, which will be submitted to a referendum on July 25 and grants vast powers to the Head of State, marking a radical break with the parliamentary system in place.

The text, published in the Official Journal, confirms the expected presidentialization of the regime by stipulating that the “President of the Republic exercises executive power, assisted by a government led by a head of government” whom he appoints. This government will not be presented to Parliament to gain confidence.

The president, according to the published draft, will also enjoy vast prerogatives: he is the supreme commander of the armed forces, defines the general policy of the state and ratifies the laws. He can also submit legislative texts to Parliament, “which must examine them” as a matter of priority. In addition to the fact that the text considerably reduces the role and power of Parliament, it also provides for the establishment of a second chamber, “the National Assembly of the Regions”.

The draft Constitution also contains no mention of Islam as a “state religion”, as already announced on June 6 to Sadok Belaïd, the lawyer who headed the commission responsible for drafting this text. This omission aims to fight Islamist-inspired parties like Ennahda, President Saïed’s pet peeve.

The draft Constitution guarantees “individual and public rights and freedoms” and affirms that men and women are “equal in rights and duties”. It further states that the right to “peaceful assembly and demonstration is guaranteed”.

The new Constitution must replace that of 2014 which had established a hybrid system source of recurring conflicts between the executive and legislative branches. The opposition and human rights organizations accuse Mr. Saïed of seeking to pass a text tailor-made for him.

The director of the International Commission of Jurists, Saïd Benarbia, told AFP that the draft Constitution published Thursday “flouts the idea of ​​separation of powers” and sets up “a presidential system without checks and balances with a president omnipotent, an impotent parliament and an inoffensive justice”.

After months of political blockage, Mr. Saïed, elected at the end of 2019, assumed full powers on July 25, 2021 by dismissing the Prime Minister and suspending Parliament, dominated by Ennahda, shaking the young democracy, cradle of ” Arab Spring”. The referendum on the Constitution will coincide with the first anniversary of this coup.