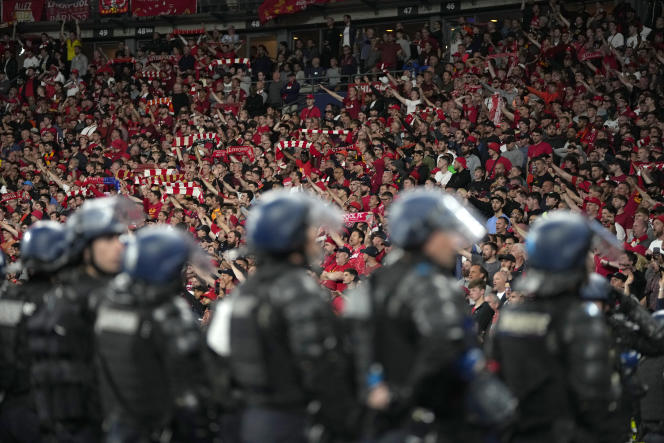 “Serious incidents”, “malfunctions” which have caused “serious damage to the image of France”… Charged by the Minister of Sports, Amélie Oudéa-Castéra, to shed light, “within ten days”, on the scenes of violence that marred the Champions League final on Saturday May 28 at the Stade de France, the interministerial delegate for the Olympic Games (JO) and major sporting events, Michel Cadot, submitted his report on Friday morning June 10 on the office of the Prime Minister, Elisabeth Borne.

After the hearings before the Senate of the Minister of the Interior, Gérald Darmanin, and Amélie Oudéa-Castéra, on June 2, then a week later of the prefect of police Didier Lallement and leaders of the French Football Federation (FFF ), the Cadot report is a further step in establishing the truth about the evening, the images of which have gone around the world.

In its thirty-page document, the “Dijop” does not incriminate anyone but specifies some responsibilities, and makes five recommendations. If he notes that it is “a badly controlled influx of excess public without tickets or with counterfeit tickets, in unprecedented proportions” and “the conjunction with phenomena of delinquency, again of an unusual scale” which were the Trigger, before kick-off, of the chaos observed around the Dionysian enclosure, Michel Cadot also points to “a lack of coordination” and some “failures” of the organizers (Prefecture of police, FFF, RATP, SNCF, Stade consortium from France, etc).

According to him, it is difficult to precisely identify the 30,000 to 40,000 supporters without tickets or with counterfeit tickets, accused by Didier Lallement from the final whistle of being the “root evil” of the troubles. This estimate, based on the overcrowding of the arrivals stations around the Stade de France, is to be “put into perspective” for the Dijop, as it seems difficult for him to distinguish the supporter from the local resident as from the passing user.

The prefect of police – a position that Michel Cadot held from 2015 to 2017 – is also implicated in the management of crowds at the exit of the RER D. Signage had been prepared by the FFF to direct supporters to the exit of the RER B – more suitable for accessing the stadium – but withdrawn at the request of the Prefecture of Police five days before the event. It had not been restored after the start of the strike on RER B, nor had “alternatives to adapt the orientation patterns of spectators” been anticipated.

The FFF is not spared either. The report shows that it had set up, at the request of UEFA, a double screening system before entering the stadium: a visual inspection of individuals and their personal effects, and a first check of tickets. A device that had been tested for the final of the Coupe de France on May 7. Result: twice as much work – made complex on May 28 by two control systems: chemical pen for paper tickets, electronic cards for dematerialized tickets – for stewards increasingly overwhelmed by the massive influx of supporters.

Up to 15,000 people, the overwhelming majority of them British, will trample at the pre-filtering at the exit of the RER D. The decisions to lift the checkpoint then taken by the prefect of police, “in reaction rather than in anticipation”, slips Michel Cadot, underlining the lack of “agility” of the police system implemented, “took twenty-eight minutes to be deployed” on the ground, at 7:18 p.m. “No doubt it was too late (…), no doubt we could have gained a quarter of an hour, ”regrets Didier Lallement, Thursday, before the senators.

A dedicated form for filing a complaint

Another failure pointed out by the government report: “Failure to read warning signs of the presence of malicious individuals who came in large numbers near the stadium to commit acts of crime. ” On the day of the final, before and after the match, many British and Spanish supporters were physically attacked and / or victims of violent pickpockets, by ” 300 to 400 very mobile individuals “, notes the report 8 81 people were arrested .

Mr. Lallement explained this to the senators, recalling that the maintenance of public order was considered a priority. Both English and Spaniards have since been invited to file a complaint with the French courts via a dedicated form – not very suitable, however, for the type of offenses suffered.

In his report, Michel Cadot provides ways to improve the preparation and organization of major sporting events, including the establishment of a national steering body for all international sporting events of major interest – on the model of that devolved to the Olympics –; the optimization of access flows to competition sites, “in the event of disturbances of various origins (breakdowns, strikes, etc.)”; or “an adapted, responsive and coordinated police service between all actors”. About fifteen test events should, in the summer of 2023 and in the spring of 2024, make it possible to test this new organization in the Olympic sites.

On reading the report, Elisabeth Borne asked Gérald Darmanin and Amélie Oudéa-Castéra on Friday to “immediately take into account [the] recommendations” of Michel Cadot. Time is running out: There are only fifteen months left before the start of the Rugby World Cup and just over two years before the 2024 Olympic and Paralympic Games in France.