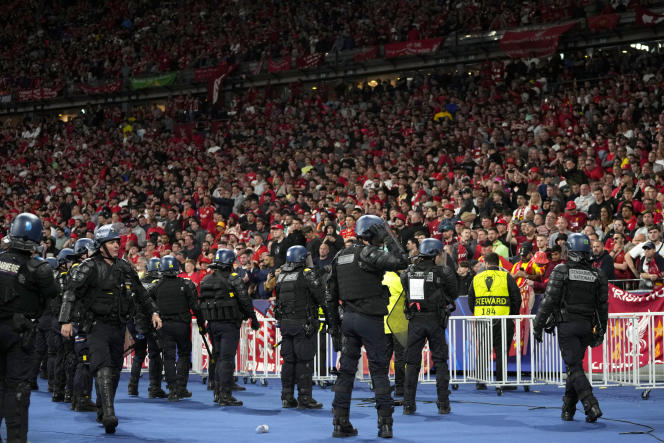 UEFA announced on Monday evening May 30 that it had commissioned an “independent report” on the security fiasco that accompanied the Champions League final at the Stade de France on Saturday.

The European body announced in a press release “an independent report on the events surrounding the Champions League final”, after having contented itself, initially, on Saturday evening, with evoking the “thousands of counterfeit tickets blocking “the turnstiles on the side of the Liverpool stands”.

UEFA promises to “examine the decision-making, responsibilities and behaviors of all parties involved in the final”. The investigation was entrusted to an independent personality, the former Portuguese Minister of Education, Youth and Sports, Tiago Brandao Rodrigues.

Delayed kick-off, violence around the stadium

On Saturday evening, the impossibility of transporting spectators with tickets in time not only delayed the kick-off of the match by thirty-six minutes, won by Real Madrid against Liverpool (1-0), but the scenes of chaos around the stadium have also gone around the world.

Jostling, attempted intrusion by individuals without tickets, supporters – including children – treated brutally by the police or victims of theft, “it was absolutely horrible” around the Stade de France on Saturday, told on the Sky News channel the British deputy Ian Byrne, present on the spot.

Some fans were unable to enter the enclosure until well after kick-off, while others were never able to enter the gates of the 79,000-seat stadium, according to numerous accounts on social networks.

Faced with criticism, which strongly tarnishes the image of France as a host country two years from the Olympic Games (OG) in Paris in 2024, the French Minister of the Interior, Gérald Darmanin, spoke on Monday of a “massive, industrial fraud and organized counterfeit notes” coming “from across the Channel”.

He said he was “sorry” for the spectators with tickets who were unable to attend the match and expressed his “regrets” for those who suffered from the use of tear gas by law enforcement, but also considered that “there would have been deaths” without the decisions taken by the police and the prefect Didier Lallement.

However, the British government has, for its part, called on UEFA to “work closely with the French authorities in a full investigation” and to publish the conclusions.

News Editor - June 2, 2022 0
It doesn't take much for them to be happy, as long as they have their self-contained playhouse. In 2019, Pierre-Alain Lévêque and Clément Chabot...