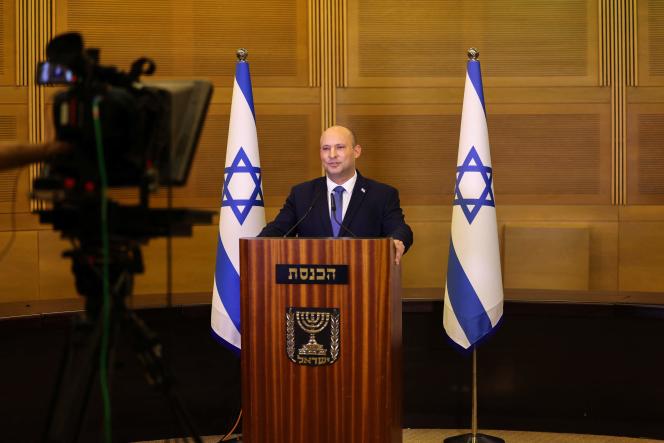 Whatever the outcome of the next election, Naftali Bennett will not be part of the future Israeli government. The current Prime Minister has decided not to be a candidate in the legislative elections, his spokesperson said on Wednesday June 29.

The announcement was made shortly before the dissolution of Parliament, which should pave the way for early elections. Initially, Israeli lawmakers had planned to pass a series of laws on Tuesday and Wednesday before dissolving the Knesset in the evening, but the debates dragged on Wednesday night; the vote on dissolution was eventually postponed until Thursday.

In June 2021, Mr. Bennett and the current head of diplomacy, Yair Lapid, wrote a page in the history of Israel by bringing together an eight-party coalition including, for the first time, an Arab formation. This coalition had cut short Benjamin Netanyahu’s twelve consecutive years in power.

A year later, the coalition lost its majority in the Chamber of Deputies. Mr. Bennett threw in the towel last week when he announced his intention to dissolve the Knesset to call new elections.

Since this surprise announcement, Israel has been teeming with rumours. Opposition leader Netanyahu (Likud, right) tried to rally coalition lawmakers to form an “alternative government” and take over as prime minister without going through an election. But these attempts failed and a parliamentary committee acted overnight from Monday to Tuesday that Parliament would be dissolved on Wednesday.

Yaïr Lapid will act as interim

After dissolution, Mr. Bennett will relinquish his seat to Mr. Lapid. Their coalition agreement provided for power-sharing, including a clause that Mr. Lapid would act as interim until a new government was formed if the Knesset dissolved. For the next few months, Mr. Bennett will retain the title of acting prime minister, his office said.

“What we need today is to return to the concept of Israeli unity and not let the forces of darkness divide us,” Lapid said last week. This former star journalist, who founded the centrist party Yesh Atid (“There is a future” in Hebrew) a decade ago, will have to quickly put his troops in battle order for the elections.

It is he who will welcome, in mid-July, the President of the United States, Joe Biden, for his first tour of the Middle East since his arrival at the White House.