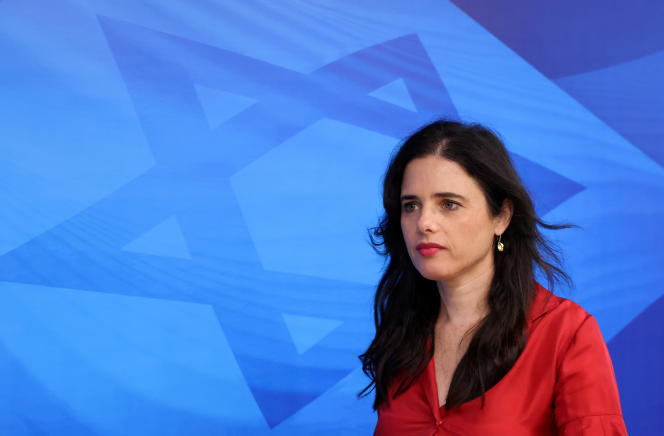 On Tuesday, June 21, during a visit to Rabat by Israeli Interior Minister Ayelet Shaked, the Jewish state agreed with Morocco to bring workers from the kingdom in the construction and nursing sectors. The signing of this agreement was decided during a meeting between Ms. Shaked and the head of Moroccan diplomacy, Nasser Bourita, according to a press release from the office of the Israeli minister. “The goal is to start within a month,” she said.

The two states normalized their diplomatic relations in December 2020 as part of the Abraham Accords, a process between Israel and several Arab countries supported by Washington. In return, the Trump administration recognized Morocco’s sovereignty over Western Sahara, a vast desert territory. The Western Sahara conflict, 80% controlled by Morocco but considered a “non-autonomous territory” by the UN, has pitted the kingdom since 1975 against the Sahrawi separatists of the Polisario Front, supported by Algeria. During her meeting with the head of Moroccan diplomacy, Ms. Shaked “publicly gave for the first time Israel’s support for Moroccan sovereignty in Western Sahara”, according to the press release.

His visit to Rabat comes as the United States and Morocco launched Monday in Agadir (south) the military exercise “African Lion 2022”, the largest on the African continent, in a climate of regional tension with Algeria . These maneuvers mobilize more than 7,500 soldiers from ten nations, including Brazil, Chad, France and the United Kingdom. Participating are military observers from NATO and about fifteen “partner countries”, including, for the first time, Israel.

Algeria, a staunch supporter of the Palestinian cause, severed diplomatic relations with Morocco in August 2021, accusing Rabat of “hostile acts” and denouncing its military and security cooperation with the Jewish state.