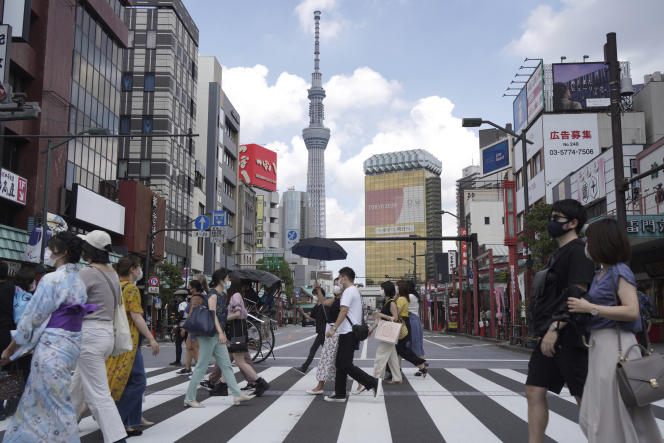 This is an announcement that ends more than two years of border closures linked to the pandemic. Japan announced Thursday that it will reopen to tourists from 98 countries including France from June 10, but travelers will only be able to enter in groups. These countries include France, Great Britain, Spain, the United States, Canada and Malaysia.

The move comes after the government announced last week that it would test small-group tour packages with tourists from the United States, Australia, Thailand and Singapore starting this month. Japan will also increase the number of airports accepting international flights to seven by adding Naha in Okinawa (south) and Shin-Chitose in Hokkaido (north).

All arrivals must test negative before traveling to Japan and some must be tested again upon arrival. Triple-vaccinated people from certain countries can avoid the additional test, as well as a three-day quarantine. Tourist groups will be supervised and will have to ensure that foreign visitors respect the wearing of masks and other measures that have kept the number of Covid-19 victims relatively low in Japan.

Borders almost closed during the pandemic

For most of the health crisis, Japan barred all tourists from entering its territory and allowed only Japanese citizens and foreign residents to return, although the latter were periodically barred.

Before the pandemic, Japan increasingly relied on tourism to support its economy. In 2019, it had welcomed 31.9 million foreign visitors, a new record, and was aiming for the 40 million mark in 2020, the year in which the Tokyo Olympics were originally to be held. The pandemic had ruined that goal and the Olympics were held behind closed doors in 2021. Japanese Prime Minister Fumio Kishida said he wanted to ease border control measures, but opinion was in favor of hosting restrictions tourists then effective.