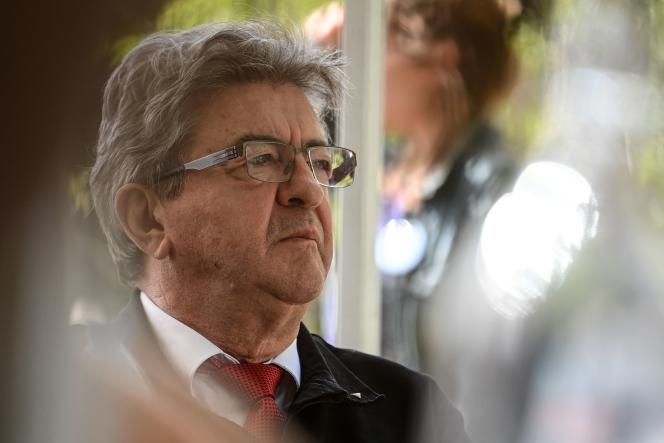 The control during which a driver was seriously injured and a passenger killed by police fire, Saturday June 4 in Paris, turned into a political dispute between Jean-Luc Mélenchon, his opponents and the police unions, Monday June 6, in a week of the first round of legislative elections.

The leader of La France insoumise, who aims to be awarded the post of prime minister in the event of victory for the New Popular Ecological and Social Union (Nupes), was quick to express himself on Saturday and then Sunday evening. , after the control carried out in the 18th arrondissement of the capital.

In two messages on Twitter, Mr. Mélenchon first denounced “the death penalty for a refusal to comply” and “unacceptable abuse of power”, then claimed that “the police kill”, also attacking to the Alliance union, which came to the defense of the civil servants, calling it a “factious group”.

“The police, the gendarmes deserve respect. They do courageous, difficult work and risk their lives every moment. Insulting them dishonors those who want to govern. Let the investigations be done without using them as hostages of an electoral campaign, ”replied the Minister of the Interior, Gérald Darmanin.

The former candidate of the National Rally in the presidential election, Marine Le Pen, for her part denounced the words “of an incredible gravity” of Mr. Mélenchon. “He therefore chooses dishonor by breaking definitively with the values ​​of the French Republic,” added the one who is also a candidate for the legislative elections in Pas-de-Calais. Alliance announced a complaint “tomorrow” (Tuesday) and the Synergie union accused Jean-Luc Mélenchon of “tapping a little more with the caïdat” when he “knows nothing about the case”.

On the side of the investigation, the police custody started on Sunday in the premises of the General Inspectorate of the National Police (IGPN) of the three police officers – two men and a woman – who allegedly shot at the vehicle, was extended Monday, according to the Paris prosecutor’s office. They are heard for “violence having resulted in an ITT [total interruption of work] of more than eight days with a weapon by a person holding public authority” and “violence having caused death without intention to give it by a person holding public authority “.

Police custody was decided “because of the seriousness of the consequences of the shootings carried out and in order to verify the conditions of use of their weapons by the persons concerned”, specified the magistrates. The front passenger, shot in the head, succumbed to her injuries on Sunday.

The driver suspected of having refused to comply was very briefly placed in police custody on Monday for “attempted homicide of a person holding public authority”, according to the prosecution. His police custody at the hospital at the beginning of the afternoon was lifted shortly after, the 38-year-old man, seriously injured in the chest by police fire, not being able to be heard at this stage.

The facts took place late Saturday morning, when officials on mountain bikes wanted to check “a car with four passengers, one of whom was not wearing his seatbelt,” said a police source. As the police approached, the car fled. A little further on, as the police again tried to control him, the driver started and “ran” at the police, who used their weapons, again according to a police source at Agence France-Presse. The two passengers seated in the back were not affected.