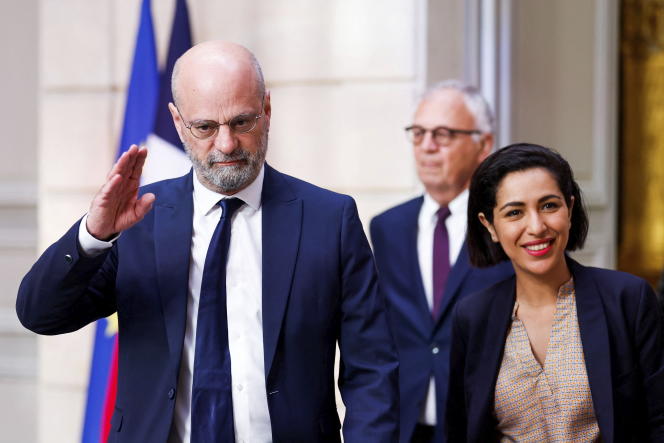 It was the first time that Jean-Michel Blanquer submitted to an election by presenting himself in the 4th constituency of Loiret. For the former Minister of National Education, the baptism of fire will have come to an end.

On the side of Montargis, in this constituency which has always voted on the right since 1958, Jean-Michel Blanquer, who spent five years at the head of a sovereign ministry – a record of longevity in this position under the Fifth Republic -, heard win the seat of outgoing MP Jean-Pierre Door (Les Républicains), elected since 2002, who did not stand for re-election. During the presidential election, the candidate of the National Rally (RN), Marine Le Pen, came first in the first (32%) as well as in the second round (52%).

Initially, the former rector was aiming for a parachute drop in the 3rd district of Yvelines, a right-wing land currently occupied by Béatrice Piron (LRM). According to someone close to the minister, the latter had agreed to become the deputy of Mr. Blanquer, who, in the event of appointment within the Borne government, would have left him his place on the benches of the National Assembly.

But the month of January passed by. The much criticized health protocol in schools, announced from Ibiza (Spain), where he was vacationing, then made the star of the former darling of the Elysee Palace pale. Jean-Michel Blanquer’s entourage then sets out to find a new base: it will be the 4th constituency of Loiret.

But even if he was finally invested by the presidential majority, the competition was tough in the first round for the minister, with at least two right-wing competitors in the ranks. “He is the candidate exiled in the Elysée province. He is having difficulties in Paris, so they are trying to find him a job to finish his career, “said Jean-Pierre Door in particular in early May, who supports the Republican candidate, Ariel Lévy. “He should have chosen somewhere else, we will do everything to prevent him from being elected,” he warned.