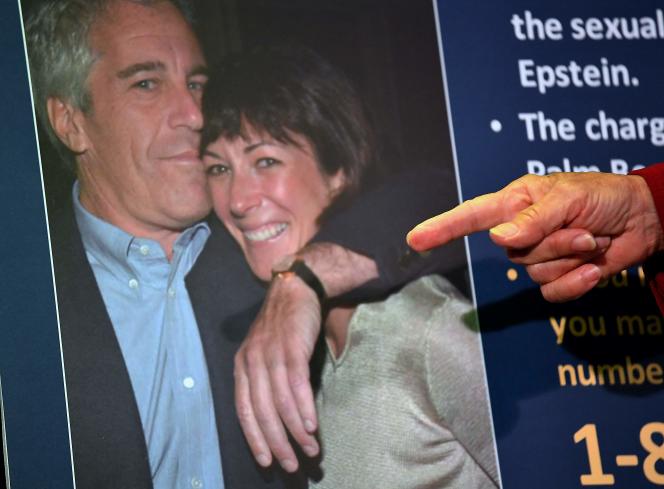 Former British socialite Ghislaine Maxwell was sentenced on Tuesday (June 28) to 20 years in prison for the sex crimes she was convicted of in late December 2021. She was being prosecuted on six counts of sex crimes, five of which were been retained and in particular the most serious: the trafficking of underage girls for the benefit of the American financier Jeffrey Epstein.

“Today’s sentence holds Ghislaine Maxwell accountable for committing heinous crimes against children. It sends a strong message that no one is above the law and it’s never too late for justice,” said Damian Williams, federal prosecutor at the Manhattan court, where Judge Alison Nathan, said in a statement. delivered its judgment on Tuesday.

At sentencing, Ghislaine Maxwell for the first time expressed her “sympathy for all the victims” in this case. Between 1994 and 2004, she notably provided minors to Jeffrey Epstein, who was her former companion, for him to sexually abuse. Epstein died in prison in 2019.

Aged 60, the daughter of press magnate Robert Maxwell, who also has American and French nationalities, risks ending her life incarcerated in New York, where she has been detained for two years. During the trial, the prosecution had portrayed her as a “sophisticated predator” who knowingly acted to lure and seduce young girls, sometimes as young as 14, and deliver them to Epstein at his residences in Florida, Manhattan or from New Mexico.

Arriving outside the gigantic South New York courthouse on Tuesday morning, one of the Maxwell-Epstein accusers, Sarah Ransome, said, “Yes, Ghislaine must die in prison.” “I have spent the last seventeen years in my own prison for what she, Jeffrey [Epstein] and all the accomplices did to me. I have been raped several times. Sometimes I was raped three times a day (…). There was a constant influx of girls who were raped over and over again,” said the young woman, who was not a civil party in Ghislaine Maxwell’s trial.

The defendant’s lawyers had filed a request for clemency in mid-June for a sentence of less than twenty years. Legal texts and case law, however, provide for up to fifty-five years of imprisonment and prosecutors had said they were counting on at least thirty years for his “responsibility” and his “total lack of remorse” for his sex crimes.

Ghislaine Maxwell’s lawyer, Bobbi Sternheim, had again called on Saturday for a postponement of the sentencing because her client had been placed “under surveillance” in prison because of a risk of “suicide”. “Without justification,” according to the defense.

News Editor - June 29, 2022 0
Former British socialite Ghislaine Maxwell was sentenced on Tuesday (June 28) to 20 years in prison for the sex crimes she was convicted of...