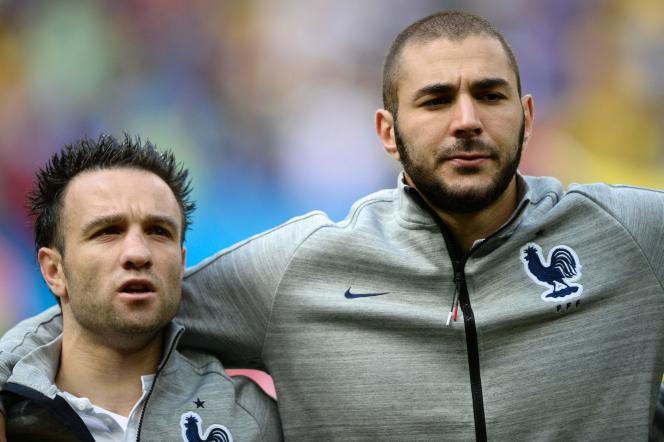 Claiming to be “exhausted” by the proceedings, Karim Benzema will not appeal in the case of the “sextape”, where he was sentenced at first instance to a suspended one-year prison sentence, his lawyer announced on Saturday June 4 in the L’Equipe newspaper.

“This withdrawal endorses a decision of conviction and apparently guilt. It is a legal truth. But this is not the reality, “commented Me Hugues Vigier to the sports daily. This reversal makes final the sentence pronounced at first instance, in November 2021, against the French center-forward of Real Madrid. He had been sentenced to a one-year suspended prison sentence and a fine of 75,000 euros for complicity in attempted blackmail against his former teammate in the France team, Mathieu Valbuena. The withdrawal order will be notified to the parties on Tuesday by the Versailles Court of Appeal.

The 34-year-old was the only one of the five convicted of attempted blackmail or complicity to have appealed his criminal sanction. He was to be retried on June 30 and July 1 before the 9th Chamber of the Versailles Court of Appeal. In its judgment, the Versailles Criminal Court found that the footballer had “personally involved himself, at the cost of subterfuge and lies, to convince his teammate to submit to blackmail”. The striker showed “no benevolence towards Mathieu Valbuena, quite the contrary” and acted “with a certain excitement, even a certain jubilation”, added its president.

This renunciation puts an end to one of the most publicized extra-sporting cases of recent years. Six and a half years have passed since the events, which occurred in the middle of a French team rally at the Clairefontaine training center (Yvelines) in October 2015, when Benzema exchanged with his teammate about a compromising video.

The case will have stretched until the trial held in Versailles in the fall of 2021, in the presence of Valbuena but in the absence of Benzema, restrained by his busy schedule at Real Madrid according to his advice. The impact of this case will have stopped the rise of the French international, who remained away from the Blues for more than five years before making a surprise return to Didier Deschamps’ team before the Euro in 2021.

Benzema, who has always claimed his innocence in this affair, is now one of the indisputable executives of the tricolor selection which challenges his title of world champion in November in Qatar. On several occasions, Benzema had expressed his wish to see this judicial page turned as soon as possible. When the dates of his trial for “complicity in attempted blackmail” were announced, the player reacted on Instagram: “Here’s finally vamonos [we’re going], may the masquerade end forever”.

The announcement of this renunciation comes only a few hours after a match of the Blues, lost 2-1 against Denmark in Saint-Denis, with a goal from… Benzema, recent winner of his 5th Champions League and great favorite for the Ballon d ‘Gold, the highest individual award in football.

News Editor - June 4, 2022 0
Badly embarked for the first time of the fortnight, after having yielded the first round to the young Chinese Qinwen Zheng, Monday, May 30...