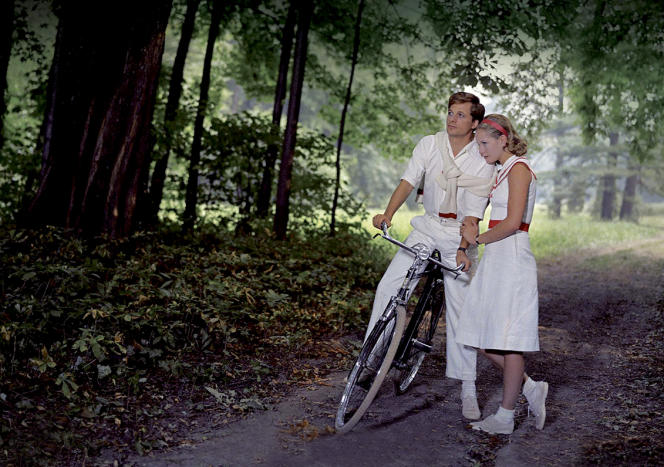 To see The Garden of the Finzi-Contini (1970) again is to plunge into the endless reflection on the limits of the cinematographic adaptation of a masterpiece of world literature. Either two indisputable geniuses: Giorgio Bassani (1916-2000), equivalent of a transalpine Proust; and Vittorio De Sica (1901-1974), who with this film won the Golden Bear in Berlin and the Oscar for best foreign language film in 1971.

What link can there be between the trembling and misty universe of Bassani, entirely centered on the small Jewish community of Ferrara, in northern Italy, and that, more southern, of a director who has made himself the cantor of Neapolitan identity?

The writer felt betrayed, although he himself had asked the director and participated in writing the screenplay. This tells the story of the inexorable confinement of a Jewish family which, as the racial laws were promulgated in 1938 by Benito Mussolini, almost voluntarily shut themselves up in their large property, reinventing the ghetto, accepting the end tragedy awaits.

The characters have been standardized around a few character traits, presumably to improve narrative efficiency. Micol (Dominique Sanda) seems to give up on love out of stubbornness, when it is the awareness of his future destiny that is the cause; pale and feverish, Alberto (Helmut Berger), his brother, seems to be rehearsing future scenes from Ludwig (1973), by Luchino Visconti. Isn’t Malnate (Fabio Testi) a bit too manly, even though he plays a proud communist militant? Finally, Giorgio (Lino Capolicchio) is, on the contrary, a little dull.

The tennis games, which bring together young people from the Jewish community expelled from their club, as well as their friends, on the property of the Finzi-Contini, are filmed, according to the review of Le Monde in December 1971, “with the flatness of a sports report. Let’s say that no one among the actors knows how to hold a racket, while Bassani was a skilled player…

Ferrara, a city surrounded by its walls, is not very visible, although it is the essential element of the work of Bassani (who will call part of his work Le Roman de Ferrare). “The betrayed garden,” the writer fumed, in a vitriolic article, furious at what he saw as betrayals.

Half a century later, the film has lost none of its flaws. It probably lacks length and languor. An hour and a half is not enough to express the nuances, to make a setting and characters exist until they disappear. But these faults have the immense advantage of encouraging the (re)reading of a secret and powerful, trembling and diaphanous work of fiction, where the memory of reality is worth more than reality itself.