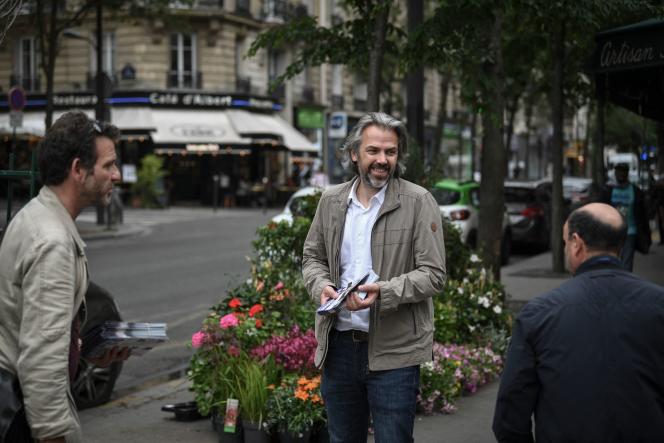 Caron-Bournazel: the electoral battle announced between the two men will take place in the 18th district of Paris. In the latter, which encompasses most of the 18th arrondissement and part of the 9th, the outgoing deputy La République en Marche (LRM) Pierre-Yves Bournazel, came second in the first round of the legislative elections with 35.57% of the vote. He will face Aymeric Caron, the candidate of the New People’s Ecological and Social Union (Nupes), who won 45.05% of the vote, in the second round on June 19.

The constituency serves as a local sample to understand the national battle that is being played out between the presidential majority and the united left during these legislative elections. If it can fall on one side or the other on paper, the left however leaves with a head start in this 18th arrondissement where Jean-Luc Mélenchon obtained 41.70% of the vote, against 29.03% for Emmanuel Macron in the first round of the presidential election.

Elected for the first time in 2017 under the label of the Republicans with 53.6% of the vote against the former socialist minister Myriam El Khomri, the outgoing deputy Pierre-Yves Bournazel rallied the majority shortly after his election, before joining Horizons , to the creation of the party by former Prime Minister Edouard Philippe in the fall of 2021.

Knowing the electoral map, Mr. Bournazel participated in the negotiations for the nominations of the majority. Very established in his constituency, he brings up the grievances of his inhabitants to the National Assembly as well as to the Council of Paris, where he has also been elected since 2008.

In this Parisian territory long marked on the left, the former juppeist also highlights his positions on environmental subjects, recalling at ease having been “the only deputy from Paris who voted for the ban on glyphosate” in the Assembly national.

For his part, the journalist Aymeric Caron, former columnist for a program by Laurent Ruquier, claims a form of “radicality” and wishes to bring his environmental and animalist commitment to the benches of the Assembly. The founder of the Ecological Revolution for the Living (REV) party, who supported Jean-Luc Mélenchon during the presidential election, announced his investiture on May 5, in an interview with Le Parisien.

Criticized for having been parachuted into the constituency – he does not live in the 18th arrondissement or the capital -, the latter advanced to Le Monde at the end of May: “I spent time in the 18th, I worked there , I walked there a lot. It’s a beautiful place. If I am elected, maybe I will live there and I will have a place where people can come to see me. But a deputy is not there to make smiles on the markets. Daddy politics is over! »