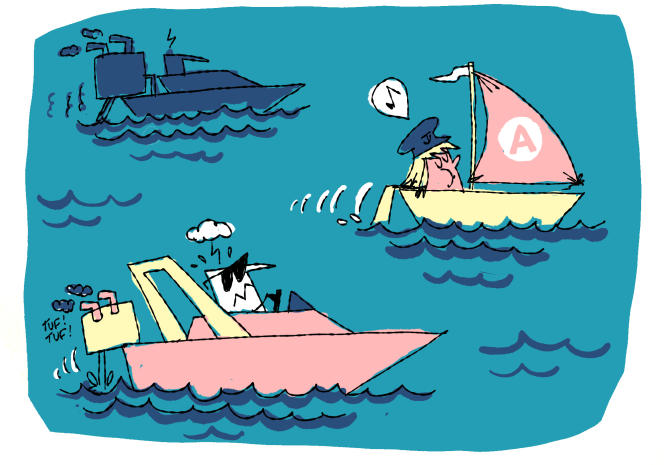 Life insurance shows its strength in the first four months of 2022, with net inflows (deposits, less withdrawals) of 10.5 billion euros – “the highest level since 2011”, according to France insurers. Another reason for satisfaction for the profession: the share paid on units of account, supports for which the capital is not guaranteed, remains at a high level, 40%.

Can this trend continue, as financial markets have fallen since the beginning of the year? Historically, savers’ appetite for units of account, partly invested in stock markets, is closely linked to the performance of the CAC 40.

But insurers have introduced safeguards. First of all by diversifying the media offered in their contracts. “Unit of account does not necessarily mean equity funds, underlines Eric Rosenthal, deputy general manager savings and financial services of the Apicil group. For example, in our Gresham private banking network, the latter only represent 12% of units of account. »

Insurers are also increasingly relying on delegated management, entrusted to a professional, to retain policyholders and avoid panic in the event of a stock market crash.

Another phenomenon has so far pleaded in favor of units of account: the very low remuneration of funds in euros, in recent years. In 2021, the latter amounted to an average of 1.30%, according to France Assureurs (net of costs but gross of social security contributions and income tax). While this level was stable compared to 2020, it did not cover inflation.

Can the game change for the remuneration of funds in euros? What is certain is that the context on the bond markets, where insurers make the bulk of their investments, has changed drastically in recent months. The interest rates at which bonds issued by States and companies are remunerated have risen sharply, the ten-year debt of the French State has thus gone from a remuneration close to zero at the end of 2021 to 1.50% mid- May, according to the Banque de France.

This sharp rise in interest rates affects life insurance funds in euros, since nearly 80% of their outstandings are made up of bonds. Companies can now buy higher-paying securities, which helps to increase the overall return of their portfolio. “Since the start of 2022, we have been reinvesting in corporate bonds at a rate level above the average yield of our current portfolio in this segment,” says Guillaume Rosenwald, Managing Director of MACSF Epargne Retraite.

However, this movement remains moderate. Indeed, most insurers have negative net inflows on their euro funds, with new deposits being more than offset by withdrawals. In the absence of positive net inflows, insurers have little opportunity to buy new bonds and therefore take advantage of the new context, the main opportunity to do so being when their current investments reach maturity.

What will be the distribution policy of insurance companies for 2022? In addition to the rise in rates, the latter can count on their abundant profit-sharing reserves to boost the rates paid and preserve the purchasing power of their members.

But they advance on a ridge line. On the one hand, while they have been trying to promote unit-linked units to the detriment of euro funds for the past ten years, a rise in the latter’s yields could send a contradictory signal to savers and harm past efforts. “Insurers will not go back on their policy with regard to the fund in euros, it is a structural movement”, estimates Mathilde de Courtis, director offers transformation within the specialized consulting firm SeaBird.

On the other hand, if funds in euros are not better remunerated, life insurance risks being challenged by more attractive risk-free investments. Currently, the Livret A yields 1%, net of fees and social security contributions, which already positions it as a front-end competitor of the euro fund. But its rate, which depends on short rates and inflation, should be propelled around 1.75% or 2% in August.

Other possible competitors: newly created bond funds, or even certain structured products. Too marked a difference in remuneration would encourage savers to withdraw massively from funds in euros to go to these categories of investments which also benefit from the rise in interest rates.

To honor these withdrawal requests, insurers would have to sell loss-making assets on the markets. “A violent rise in interest rates beyond 3% would lead to a risk of client exits”, judge Eric Le Baron, managing director of SwissLife Assurance and Heritage. In the event of a major financial crisis, however, the Sapin 2 law of 2016 allows the High Council for Financial Stability to block life insurance withdrawals for up to six months.

In this context, each insurer will have to decide according to its commercial strategy and its target clientele. In the absence of a significant rise in yield, a loosening of the constraints on access to funds in euros is likely.