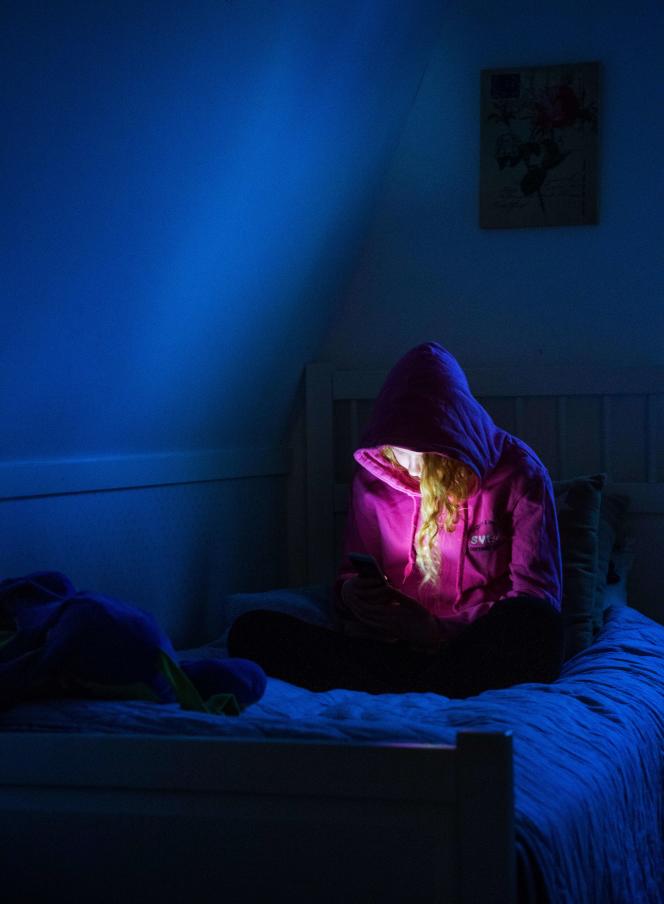 What do blood pressure, sleep, hormone release, or mood have in common? Answer: In humans, all of these functions are strongly influenced by exposure to light.

In 2019, eighteen global experts in the impact of light exposure on health gathered at the second “International Workshop” on the influence of light on circadian rhythms and neurophysiology to try to establish “recommendations for [living space] lighting, based on consensus among scientists”. Three years later, a meta-analysis carried out during this workshop was published at the end of March in the journal PLOS Biology. Based on the scientific literature analyzed, the authors issue their recommendations on the levels of light to which it would be desirable to be exposed during the day, evening and night. Objective: to better influence lighting standards in order to optimize their impact on public health.

“It has long been known that light has an impact on health and that it is better to evolve in bright environments during the day and dark at night, explains Timothy Brown, researcher in neuroscience and co-author of the article. But the long-standing question is, how do you properly define “bright”? Indeed, details chronobiologist and neurobiologist Claude Gronfier, who did not contribute to the meta-analysis, the standard unit of measurement for light intensity is lux, “which is only concerned with light intensity perceived, therefore to the realm of vision”. However, in terms of health, “what matters is not so much the intensity of the light as its intensity in the blue”.

As a reminder, light is made up of a set of electromagnetic waves of different wavelengths. The “blue band” corresponds to wavelengths around 480 nanometers. This band is very little involved in vision, but it stimulates specific cells in the retina called melanopsin cells. In particular, these play a central role in regulating the human biological clock, the mechanism that governs periodic functions in our body (such as the alternation between wakefulness and sleep).

Concretely, when melanopsin cells undergo light stimulation, they emit an electrical signal which propagates along the optic nerve towards the brain, explains chronobiologist André Klarsfeld, who did not contribute to the meta-analysis. This signal interacts with the suprachiasmatic nuclei – two sets of 10,000 neurons each, located just above where the nerves from the two eyes cross. These nuclei are the seat of the biological clock, and electrical stimulation directly from melanopsin cells governs its proper functioning.

In this way, explains Claude Gronfier, exposure to blue light plays a major role in “all the major functions of the body, which are regulated by the biological clock”. “It’s the time of day that you’re exposed to [blue] light that’s important” for the biological clock, he continues.

According to the meta-analysis published in PLOS Biology, it would thus be necessary to be very exposed to blue light during the day, much less in the evening, and not at all (or very little) at night. In their recommendations, the authors did not use lux to express light intensity, but a unit of measurement that specifically quantifies the share of blue light received by the eye: melanopic lux.

Yvan Touitou, chronobiologist member of the Academy of Medicine and honorary president of the Academy of Pharmacy, who did not contribute to the meta-analysis, is not surprised by these results. And he does not hide his concern: it is clear, in fact, that we are more and more exposed to blue light in the evening and at night, because of urban lighting, the presence of LEDs in homes and especially of the various screens to which we expose ourselves. During the day, we spend most of our time indoors, with little access to natural light, yet extremely rich in blue light: a situation contrary to recommendations and which concerns the academician, who highlights guard against “adverse health effects”.

How, then, do we put these recommendations into practice? “The simplest thing for the general public is to adopt ‘warmer’ lighting [in yellow-orange tones] in rooms frequented in the evening and to expose themselves to as much natural light as possible during the day,” advocates Timothy Brown. But, beyond personal practices, it is the way of designing shared living spaces that the authors hope to ultimately influence.

“It can be difficult for individuals to adopt different lighting modes depending on the time of day. But, in offices or schools, these are things one might consider! Recommendations for the lighting of tomorrow, therefore, so that the public health issue represented by exposure to blue light is better taken into account.