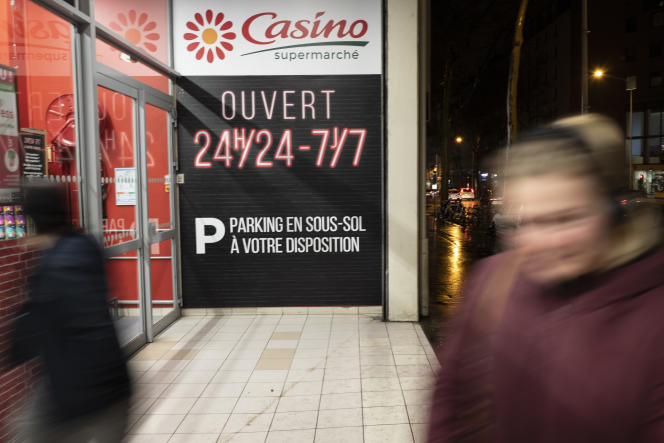 E.Leclerc, Carrefour, Système U, Les Mousquetaires Intermarché, Auchan, Casino, Franprix, Monoprix, Lidl or even Picard… the retail sector has agreed on an “energy sobriety” plan which will be deployed at fall, according to a statement released Monday, July 18.

“Faced with the risk of electricity supply shortages announced by the government for this winter”, the Perifem federation, which brings together all distribution players to act on energy or environmental issues, has defined “common and concrete measures to reduce energy consumption in stores, starting October 15.

It is planned to turn off the illuminated signs “as soon as the store closes” – compared to generally one hour after closing at present – and to “systematise the reduction in light intensity”, by reducing the lighting of the surface of the store by half. sale before the public arrives and 30% during “critical consumption periods”. “Other measures” are also planned, such as “cutting off air renewal at night, delaying ice production”, for example, and emergency measures providing, in particular, for lowering the temperature of the points sales temperature at 17 degrees, if requested by a regulatory authority.

Emmanuel Macron explained on July 14 that the state was preparing an energy “sobriety plan” to deal with the risk of shortages linked to the war in Ukraine, calling for “collective return to a logic of sobriety”.

These measures are also cost-saving measures for retailers, who, like the French, are faced with rising energy costs.

While “electricity bills accounted for 30%” of retailers’ net income “before recent spikes in energy costs”, it is “essential to reduce the energy bill and to mobilize together to avoid too great an impact on price for consumers”, recognizes the federation, while the ELAN law (evolution of housing, development and digital technology) also provides for a reduction in energy consumption in stores by 40% by 2030.

“The time has come for energy sobriety, this will profoundly change our consumption habits”, estimates in the Perifem press release its president, Thierry Cotillard, for whom this protocol “must be long-term”.

The federation also wants to believe that this protocol can serve “as a basis for all trade and distribution federations for the generalization of these measures”, which will be presented to them “at a meeting on July 26” .