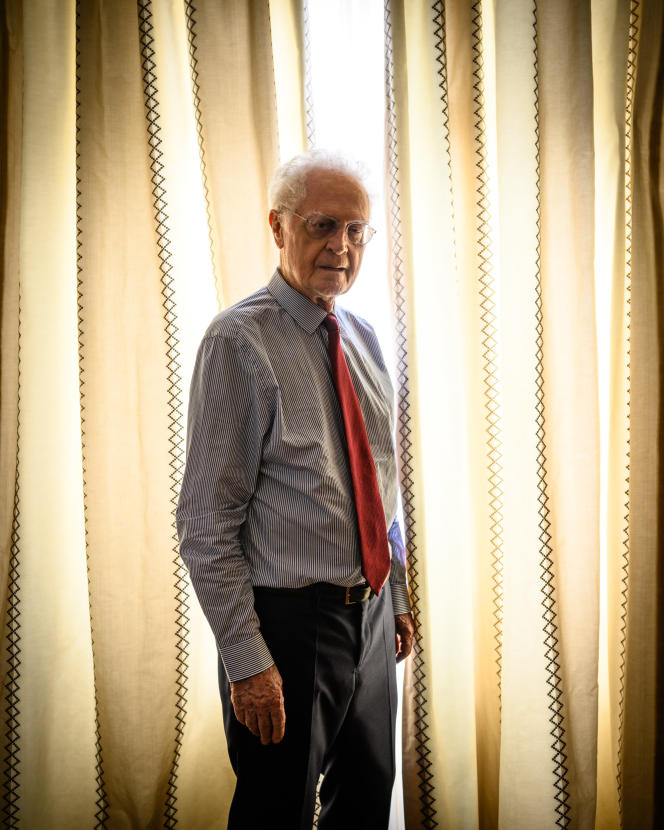 The former Prime Minister (1997-2002), although favorable to the unitary approach of the left, supported Lamia El Aaraje, socialist candidate not retained in the agreement of the New Popular Ecological and Social Union (Nupes), during the legislative election campaign in Paris. A pas de deux which illustrates his analysis of this unprecedented political crisis and the conditions for the viability of the union of the left.

The French created the surprise. For the first time since the adoption of the five-year term, they did not give the elected president an absolute majority in the National Assembly. This proves in passing that, contrary to what has been repeated for years, the legislative election placed in the wake of the presidential election is not destined to be a simple ratification ballot.

This latest election is a game-changer. The outgoing president underestimated the rejection of his policy. He neglected the legislative campaign and, by focusing it on the rejection of those he called the extremes, he valorized them. The vacuum of the presidential party did the rest. The government now only has a relative majority.

France must be governed. The French expect it and the interest of the country demands it. All institutional and political actors will therefore have to adjust to this new situation: the government, its – relative – majority, the opposition… and the president.

Let’s say that the injunction does not go very well with the spirit of dialogue. The president must admit that on June 19 [second round of legislative] part of the power, that which affects the development of the law, slipped from the Elysée to the Palais-Bourbon. He must also admit that he will no longer fix all the rhythms of time.

Emmanuel Macron told us that he would also be Vulcan, the blacksmith. But, if it is a question of forging parliamentary compromises, this role is better suited to the government, whose ministers come before the Assemblies every week, rather than to the president, who, by tradition, does not go there. The paradox of Emmanuel Macron is that, not re-eligible, he becomes freer in a more constrained situation. He is intelligent, skilful, but very sure of himself. It’s up to him to choose what he hopes to do with his second term.

The surprising evocation of this political formula, used only once in the history of the Republic, during the First World War, when receiving Marine Le Pen reveals a truly extensive conception of “at the same time”!

The executive, according to the Constitution of the Fifth Republic, is far from being deprived of the means to act, outside the domain of the law. De Gaulle saw to it. Many measures can be taken through the regulatory channel, as we saw during confinement. And then there is the use of prescriptions. As usual, the government will not hesitate.

Of course, and fortunately, because the drafting and voting of the law will return to the heart of parliamentary life. Some hope for the restoration of an absolute majority in the National Assembly thanks to a coalition with the Les Républicains party. For the moment, they refuse it. If they persist, the government will have to act on a case-by-case basis. He will have to listen to and respect the opposition, take their amendments into account, seek compromises and be a negotiator. The task will not be easy. But if he shows himself in good faith, open and conciliatory, then the oppositions will in turn be placed before their responsibilities. The initiative belongs to him.

I cannot answer for them. I would first like to raise the issue of behavior. The left wants to “reparliamentarize” political life and restore the prestige of the parliamentary institution. It must therefore ensure that the National Assembly is established as a major place of debate for the French and avoid anything that could cause it to drift into a rat race. The left will surely not accept social or democratic regressions.

Moreover, the old majority and the left and environmentalist opposition have such different visions of economic and social policy that it does not seem certain that the deputies of Nupes will vote for entire texts. But if essential amendments in their eyes were retained by the government, perhaps they would decide to abstain on the final text. It would be a way not to block…

I believe him. Despotisms can make their country march to the sound of the drum, even of the cannon. We see it unfortunately with the Russian aggression in Ukraine. Democracies base their functioning and their relations with citizens on fine mechanisms adapted to complex societies. To weaken them is to take a risk.

What happened at the end of the last quinquennium? One in two voters abstained in the legislative elections, the far right is stronger than ever, the two parties which, on the left and on the right, structured political life have been looted and marginalized, the counter-powers, the unions and associations have been neglected, the hastily created presidential party has neither affirmed nor established itself, the president has focused all the attention on him. And, at the end of the day, we face the risk of a political deadlock. Yes, the destructuring has increased.

Let’s talk about LFI first. Around an eloquent leader, Jean-Luc Mélenchon, a man of the crowd who worked and thought, there is a group of men and women very close to each other, overlooking a movement which they themselves describe as ” gas”. They built an original collective adventure. Proud of what they were accomplishing, convinced of their superiority over their neighbors on the left or environmentalists, they have long remained centered on themselves, with the temptation to take their own accomplishment for an end. One can even wonder if they really asked themselves the question of power.

The unitary approach did not seem essential to them and, when they practiced it, selectively, for example with the French Communist Party, their partner did not keep a good memory of it. As for me, I was far from sharing all the analyzes of the “rebellious” on French political life and on international reality and I had difficulty in understanding the interest of the vehement tone that they liked. But I respected them.

Indeed, because LFI very recently became aware of the potential of the union. The 1970s were centered, on the left, on the question of a common program of government. At the end of the 1990s, it took months of contacts and discussions to lead to the contract for the plural left. The Nupes was made in a few weeks, hastily, after the presidential election of April 2022. The negotiation of the agreement and its results bear the mark of this.

The grouping took place at a time when the difference in the scores achieved in the presidential election by the stakeholders was major. The “rebellious” made maximum use of this conjunctural relationship of forces to convey their dominant themes – the partners being doomed to reservations of interpretation. Above all, they carved out the lion’s share of the candidates by imposing the single candidacy everywhere, whereas, in the previous agreements on the left, it was rare and negotiated.

This hegemonic attitude, which did not always take into account the local establishments of their partners, undoubtedly deprived Nupes of a superior overall result. In fact, the dynamics of the union, strong in the first round of the legislative elections, weakened in the second. Note, for example, that the “rebellious” candidates won only a third of their thirty-five second-round duels with the National Rally, while the socialist candidates won two-thirds of their twelve head-to-head matches. .

This question is not settled. Yesterday, Jean-Luc Mélenchon did not reach the second round of the presidential election during his three candidacies. In the last legislative elections, he was not “elected” Prime Minister. Tomorrow, I’m not sure that the fiery style and radical bias that remain the hallmark of LFI can lead it to full responsibilities. Anyway, my conception of the union is not that of a locomotive in front of wagons. In my idea, everyone pulls and the whole carries.

If, according to Paul Valéry, civilizations are mortal, then parties can die out. The PS like others. But why should we exclude that socialism, a current of thought rooted for more than a century in the social and political history of France, could survive so many ephemeral political constructions and be reborn, even if the presidential election was catastrophic for him? The future of the PS is not played.

Today, the PS must spare itself a sterile quarrel between those who would have a triumphalist vision of the recent agreement on the left and those who would say that the socialist formation has lost its soul there. The former only saved the furniture and the latter struggled to offer an alternative.

Personally, I approved of the unitary approach and I felt that it raised hope on the left. But I remained lucid about the accommodations to which our negotiators had to agree. Our deputies in the National Assembly will certainly contribute to the life and debates of the Nupes, but without forgetting that they are socialists and free beings.

Tomorrow, the socialists will have to resolve two contradictions. The first is that of the contrast between the weakening of our national formation and the solid positions kept by many of our elected representatives on the ground, because they carry out work recognized by their fellow citizens. The second contradiction arises from the awareness that the ideas of democratic socialism – social justice, civil liberties, economic regulation, orderly society, safeguarding the planet – remain current, but that they lack to be embodied.

To regain the attention of the working classes, the PS must revisit social issues without being obsessed with societal issues. To live, ideas must be shared. To convince, the PS must get back to work.