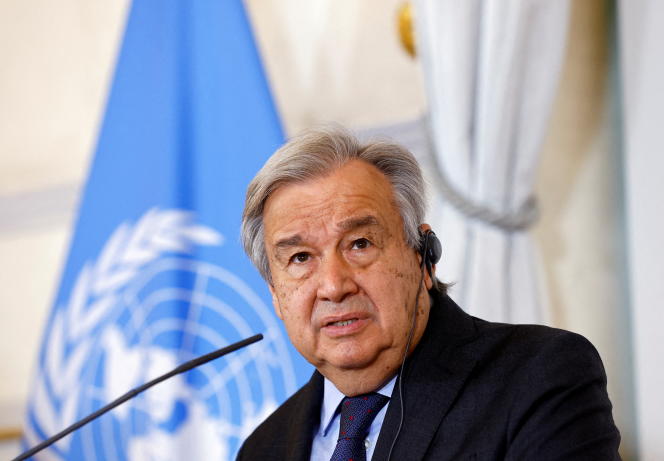 UN Secretary General Antonio Guterres fears the security “vacuum” in Mali caused by the ongoing withdrawal of the French anti-jihadist military force “Barkhane”, according to a report submitted Wednesday, June 1 to the Security Council. “The withdrawal and end of operations by French forces is likely to create a vacuum in some regions, which risks being exploited by armed terrorist groups,” writes Mr. Guterres in this progress report on the situation in Mali from 31 March to May 31, a document he presented to the fifteen member countries of the Security Council.

Bamako and Paris have seen their relations deteriorate considerably since two military coups, in August 2020 and May 2021. Pushed out by the junta, France announced in February the withdrawal of its “Barkhane” force, which must be completed in the summer. Mali has thus moved away from France and its partners to turn to Russia in an attempt to stem the jihadist spread that has spread to the center of the country, neighboring Burkina Faso and Niger.

Death of a blue helmet in Kidal

On Monday, the United Nations mission in Mali, Minusma, was alarmed by an “exponential rise” in the first quarter of the number of civilian deaths and violations of rights attributable to the Malian army supported by foreign soldiers. And since the Minusma, “in the medium term, will no longer be able to count on the presence in Mali of an anti-terrorist force”, Mr. Guterres warns that he wants to “conduct a careful analysis of the situation within six months to submit recommendations to the Security Council”.

He also deplores the restrictions imposed by Bamako on the renewal of soldiers from the African armed forces of Minusma: “I call on the Malian authorities to authorize as soon as possible the rotation of troops from West Africa, some of which are deployed for a further four months, with a serious impact on morale and well-being. »

Simultaneously, the UN announced the death of a Minusma blue helmet, killed in the attack on a convoy in Kidal which injured three other blue helmets. With some 13,000 soldiers, Minusma, created in 2013 to support the Malian political process, is the UN peacekeeping mission that has suffered the most human losses. A total of 172 of its peacekeepers died in attacks, according to the mission.