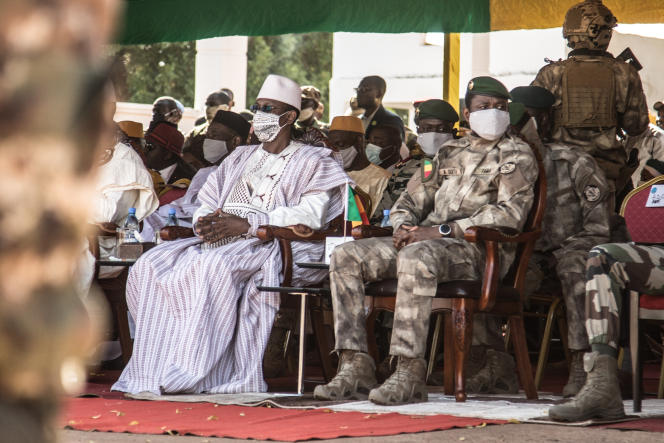 This Monday, June 6, the junta that governs Mali has given itself until March 2024 before returning power to civilians, by fixing by decree at two years from March 26 the duration of the so-called transition period. This announcement comes two days after a summit of the Economic Community of West African States (ECOWAS) which imposed severe trade and financial retaliation measures on Mali on January 9 to force the junta to present a timetable. “acceptable” return of civilians to power.

The colonels who took over by force in August 2020 the leadership of this country plunged since 2012 into a deep security, political and humanitarian crisis have withdrawn from their initial commitment to give way to civilians after elections scheduled last February. At the beginning of the year, they even planned to govern for up to five more years. Before the ECOWAS summit, as sanctions accentuate the crisis in this poor and landlocked country, they had reduced their claims to 24 months, without formalizing them as they did on Monday.

With the approach of the summit on Saturday, the continuation of the dialogue between ECOWAS and the junta had raised in Mali some hope in the lifting of sanctions. West African leaders have in fact maintained them while keeping the door open to their lifting. Divided over what to do, they deferred any decision to a new high on July 3. But they decided to “continue the dialogue in order to reach an agreement allowing a gradual lifting of the sanctions as the stages of the transition are completed”.

The effect of the decree issued on Monday on discussions with ECOWAS remains to be seen. In July, there will be 20 and a half months until the set deadline of March 2024.