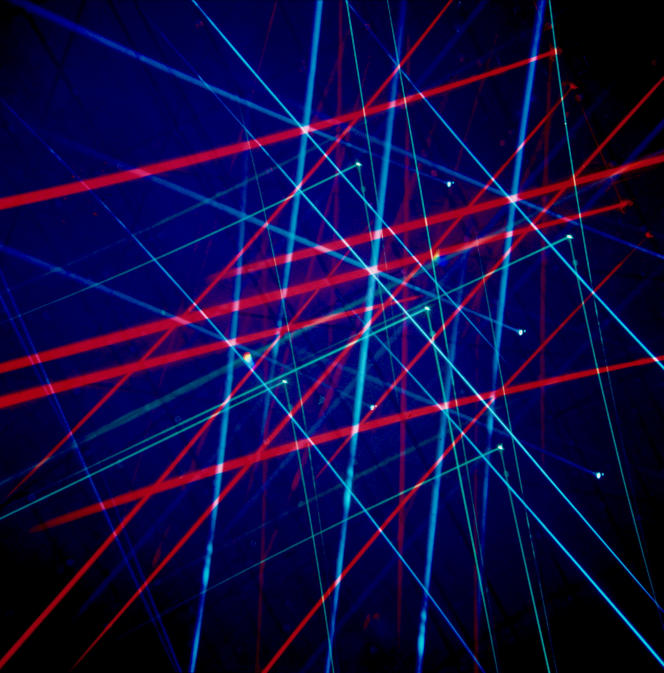 A little riddle for the occasional listener of contemporary music who, with Silent Echoes and with Tact, is offered two multimedia experiences at the Center Pompidou. What is their main point in common, apart from the technology developed by Ircam? Here, on the terrace at level 5, a sound sculpture extends the activity of a dozen bells of Notre-Dame de Paris well beyond their Gothic base. There, within the museum, an interactive device consists of ringing, through a touch screen, a panoramic view of Paris.

So ? Not the report at work. Passive with the first, produced by the American Bill Fontana, which simply invites you to listen to the continuum obtained by placing seismic accelerometers on ancestral bronze sources. Creative with the second, which consists of manually animating an image and endowing it with a sound reality drawn from teamwork bringing together, among others, a designer (Zoé Aegerter), a photographer (Quentin Chevrier), a composer who touches -à-tout (Georges Aperghis) and two representatives of the young generation keen on electronics (the Turkish Didem Coskunseven and the French Fabien Bourlier).

Each of these projects could be detailed at length. Nothing brings them closer together than their length of accessibility. About a month! A real exhibition of sound, literally and figuratively, which clashes with the one shot habits in force for the creation of contemporary music. In general, when it is not a scenic work – dance or opera –, a small tour and then leaves. With Silent Echoes and Tact, word of mouth (or music criticism) can do its job. Candidates for the discovery of an opus validated by a first reception will not have to wait for a distant and often hypothetical recovery.

Invest all the spaces

If the director of Ircam recognizes that this approach makes it possible to overcome the pitfalls, in particular financial, linked to the concert – to creation within the framework of a single evening -, he considers it above all as a means of “reaching new audiences” and, beyond that, to spread more widely socially. “Musical creation must occupy all possible and imaginable spaces”, believes Frank Madlener. This was also the conviction of Iannis Xenakis (1922-2001), a visionary in the art-science relationship as much as in overcoming the limits between scholarly conception and popular expression. Reconstructing the famous Polytope de Cluny, fifty years after its construction as part of the Paris Autumn Festival, is therefore a symbolic commitment for the institution founded by Pierre Boulez. Especially since it will be given throughout the festival in the Ircam projection space, which has been closed for work for eight years. “Although designed from the composer’s archives, the Polytope 2022 no longer has anything to do with that of Xenakis,” says Frank Madlener. It’s pure electro, very narrative, resulting from a collective writing, not at all in the tradition of the house. »

A new genre of expression, “narrative” and “collective”, has tended to develop since 2020 at Ircam under the name of “Music-Fictions”. The result of a collaboration between a writer, a director and a composer, this form of high-definition radiophonic theater (immersive listening under an ambisonic dome of 64 loudspeakers) has given rise to seven productions. Two will be premiered this year: Nostalgie 2175, by Anja Hilling (text) and Núria Giménez-Comas (music), and Le Sentiment du monde, by Robert Linhart (text) and Roque Rivas (music). As for the complete “collection”, it will be given for a week, with several sessions for each work, at the T2G-Théâtre de Gennevilliers before touring France. The challenge for Ircam outside the walls that tends to take shape will no longer just be to find new spaces, but to know who will come to live in them. “In the 21st century, that’s the only question that matters!” says Frank Madlener.

“Unspeakable. The Dutroux Affair”, on Arte: the tragic news item that...

News Editor - June 8, 2022 0
“It was not a TV series, but a true story. This sentence, pronounced by Jean-Denis Lejeune, the father of little Julie, on the last...