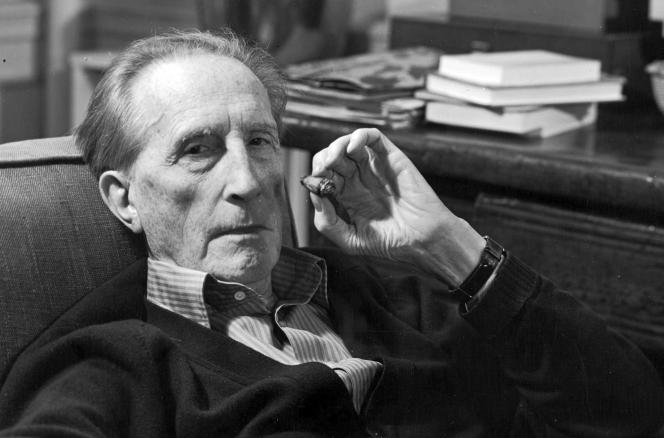 When he landed in New York in 1915, the painter and visual artist Marcel Duchamp (1887-1968), who would spend a large part of his life across the Atlantic and take American nationality in 1955, was not unknown there: two years earlier, he had created the event and the controversy with his painting Nude descending a staircase (1912), exhibited at the Armory Show, in New York.

The documentary Marcel Duchamp, l’art du possible, by Matthew A. Taylor, replete with numerous contributions from historians and art critics, stops on this key canvas, (un)composed, according to Duchamp’s own words , of “some twenty different static positions in the successive act of descent”.

Between the realization of this work – which bears witness to cubist and chronophotographic, even futuristic influences – and the trip to the United States in 1913, Marcel Duchamp completely questioned himself and wanted to “get out of a pictorial and color rut”. In his many notes (which he will publish in part in limited editions), he writes: “Can we make works that are not ‘art’? »

“To create is to choose”

Another emblematic work studied by the documentary, the famous urinal (we hear Duchamp use the English word “urinal”) of 1917, which remains the perfect emblem of the ready made, an expression that the artist says he invented for “objects facts that I designated as works of art by signing them”.

From then on, “creation is replaced by choice: to create is to choose”, says art historian Thierry de Duve. However, Duchamp will also influence theories on chance, indeterminacy, and strongly interest the composer John Cage – quickly mentioned by the documentary. This one, who taught at the New School for Social Research from 1950 to 1960, marked artists and intellectuals like George Brecht, Allan Kaprow or George Maciunas – the future proponents of conceptual art, the happening, the anti -art, etc. Duchamp is recognized and celebrated everywhere and by everyone – we even see him attending the avant-garde evenings of Yoko Ono’s loft in the early 1960s…

The viewer will surely have fun learning, through an old Arte broadcast, in 1993, available on YouTube, that the composer Brian Eno (who we see talking to the designer Ron Arad) took one day to mot Duchamp, who wanted to give an “active role to the spectator”. Eno was a guest at the Museum of Modern Art, New York (MoMA), in October 1990, for a lecture on “Art minor/Art major”. While Duchamp’s urinal was on display, the musician managed, by the subterfuge of a plastic pipe filled with his own urine, to “return the object to its original function”. Duchamp would surely have loved it (and signed the tip).