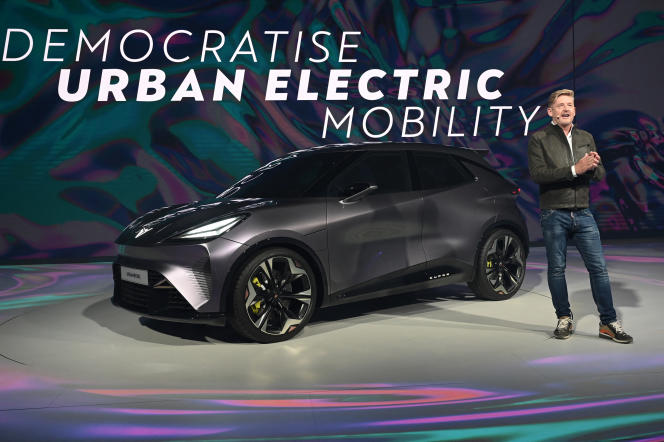 The Terramar autodrome, in Sitges, about forty kilometers south of Barcelona, ​​is one of the oldest motor circuits in the world, dating from 1923, almost never used as it was dangerous. It is there, in the center of the concrete ring nibbled by vegetation, that the new automobile brand Cupra installed, on Tuesday, June 7, its high mass under a huge cube covered in black and mirror. The event itself – the unveiling of three new models – seems like a pretext to actually celebrate, in front of 600 guests, one of the most dazzling successes of European motoring in recent years.

Cupra, a subsidiary of the Spanish Seat, itself a daughter company of the Volkswagen group, has gone in four years from a turnover of 400 million euros, in 2018, to 2.2 billion, or a quarter of the revenue from Seat and 17% of the cars sold by the Catalan manufacturer (80,000 out of 470,000). Above all, unlike its parent company, which has been accumulating losses for years, Cupra is making money. “We have been profitable since the beginning of this year,” confirms Seat and Cupra chairman Wayne Griffiths. In the Spanish company, now it is Cupra that pays the debts.

And it’s a nice revenge for the only brand of the Volkswagen group to have been created ex nihilo. And not without difficulty, because it was necessary to convince Wolfsburg, seat of the Germanic giant, to embark on an adventure that had never been attempted. Sign that Cupra is now adopted by the tough North Germans, three prominent members of the founding families Piëch and Porsche have made the trip to Terramar, as if to dub the latest offspring of Volkswagen.

Cupra is, basically, a summary of the automotive industry’s current strategic obsession with selling high-margin vehicles. The claw was created to accomplish what Seat could not do: reach prices that the old brand could never have dreamed of and sell better to companies (Cupra reaches 60% in this segment). “A single Cupra Formentor, the brand’s best-seller, achieves the margins of three Seat Ibiza”, says Robert Breschkow, President of Seat France and Cupra France. The recipe for this little miracle? Above all, a big marketing ladle. Cupra advertises itself as a brand for “those who want to differentiate themselves”, “rebels who don’t have to ask permission”.

The result is first and foremost more aggressive vehicles with their shark-like front end, more powerful engines, all symbolized by a biting logo, between tribal tattoo and 1980s Japanese cartoon coat of arms. This is where the tutelary figure of Luca De Meo, current managing director of Renault, who was the founder of Cupra when he ran Seat, comes in. “The success of Cupra happened under my leadership, but the creator, the original intuition, it is him”, acknowledges Mr. Griffiths. Luca De Meo brought for this, at Seat, one of his compatriots, Antonino Labate, Italian like him, with whom he had created the Abarth brand, within the Fiat group, in the mid-2000s.

Mr. Labate, Chief Strategy Officer of Cupra, is one of the souls of the brand, one of its main designers, who went so far as to have the famous logo tattooed on the palm of his wrist. The other ingredient in the Cupra recipe is its reliance on the industrial strength of the Volkswagen group. One of the vehicles presented on May 7, the Cupra Terramar SUV, will be produced on the lines of the Audi plant in Györ, Hungary. And then there is, of course, the historic Seat site in Martorell, not far from Barcelona, ​​the Volkswagen plant in Pamplona, ​​Navarre, as well as the future battery gigafactory in Valencia.

For the Volkswagen group, the Cupra brand seems to have become a priority in Spain. A sign does not lie: the only 100% electric vehicles of the Seat group will be Cupra, like the current Cupra Born or the two future electric cars presented this Tuesday in Sitges, the Tavascan model and the concept of electric city car called UrbanRebel . Many observers concluded that the profitable Cupra would replace the loss-making Seat. “Seat will survive precisely because it created Cupra,” replies Wayne Griffiths. In fact, things are simple: Seat is a company that has two brands, Seat and Cupra. Yes, but the latter could well become the number one label and the other a secondary name, more associated with the idea of ​​an industrial asset than a car brand.