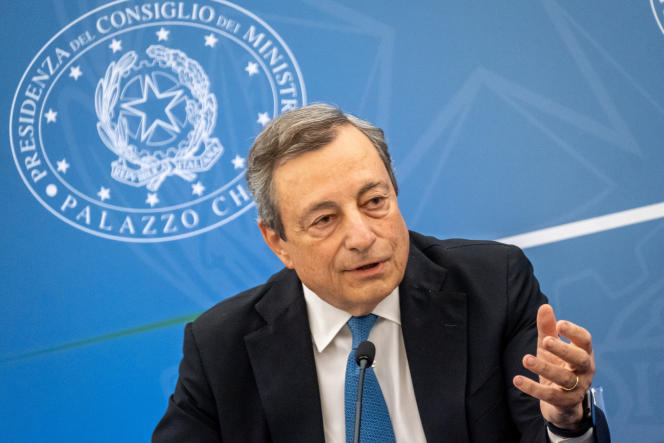 The President of the Italian Council, Mario Draghi, announced Thursday, July 14, his resignation, stressing in a statement that the conditions were no longer met for the performance of his duties after the decision of the 5 Star Movement (M5S), member of the ruling coalition, to boycott a vote of confidence on a text discussed in the Senate.

“I want to announce that tonight I will submit my resignation to the President of the Republic”, Sergio Mattarella, said Mr. Draghi, according to comments reported in a press release from his services.

On Wednesday evening, the president of the M5S, Giuseppe Conte, announced that the senators of his party had not participated in the vote of confidence requested by the executive on a decree-law containing measures of around 23 billion euros for helping families and businesses deal with inflation.

Mr. Draghi, who spoke immediately after this vote with Mr. Mattarella, whose role is crucial in the event of a political crisis, had a majority to govern even without the “5 stars”. But the former president of the European Central Bank had repeatedly asserted that there would be no government without them.

He had come to office in early 2021 to build a “national unity” coalition that could overcome the pandemic emergency and ensuing economic crisis. However, without the support of the M5S, he considers that his government becomes “political” and believes that he was not mandated to lead a cabinet of this nature.