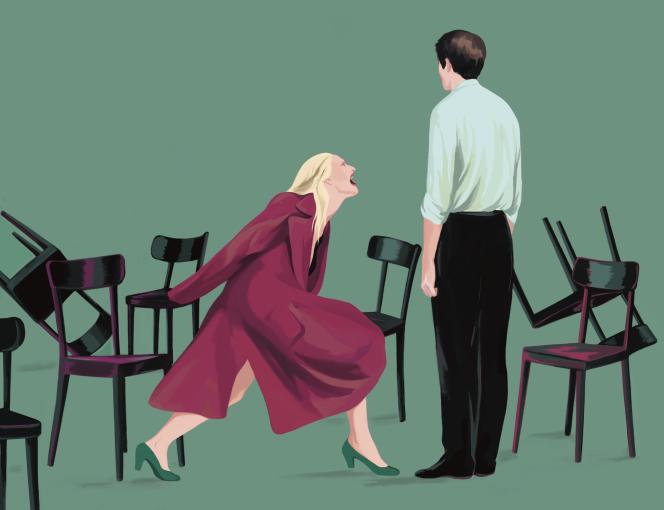 June 16 will be Bloomsday. This Irish holiday, created in 1954, is exceptional in that it celebrates a writer, James Joyce, by borrowing the fictitious name of Leopold Bloom, one of the main characters in his masterpiece, Ulysses (Gallimard, 1929). This very long novel takes place in a single day, in Dublin, on June 16, 1904. The author confided that he chose this date because it corresponded to the day he had made his declaration of love to Nora, his future wife. . Will there ever be a Cathalsday? The Irish writer Claire Keegan seems, in any case, to have thought of Ulysses when writing Misogyny.

First published in the American weekly The New Yorker, in 2021, then offered to its French editor, Sabine Wespieser, to celebrate the 20th anniversary of her house, this short story indeed tells of a day in the life of Cathal, in Dublin on July 29. And, as for Joyce, the presence of a future wife is of great importance, especially since it is also the date of the marriage of Lady Di with Prince Charles, in 1981.

However, the comparison ends there. Because as much as Joyce’s novel-river forms for its protagonists a permanent theater of events and emotions, so Claire Keegan’s short story, written with a scalpel, dissects her character in a few pages. The writer, born in 1978, outstanding novelist, author of several collections and novellas, including This kind of little things (Wespieser, 2020), manages to enclose, in this very short format, a cruel tension.

As its title suggests, Misogyny explores the imbalance that undermines a couple who have decided to unite. It is above all the man, Cathal, that we follow in the unfolding of this fatal day of July 29. He works in an office and, fairly quickly, by slight dissonances, an embarrassment that emerges among his colleagues, we understand that something has happened, but nothing is made explicit. He himself plays carefree, while gazing at the world from his window: “So much life going on smoothly, despite the imbroglio of human conflict and the knowledge of how it all had to end. As he writes “rejection letters” for various recipients and seems cut off from any real emotion, unease creeps into every detail of the text. Flashbacks then take us back to his meeting with Sabine, two years earlier, and when he proposed to her, then the first arguments, the degradation.

Claire Keegan very subtly evokes the neurotic heart of dissent. In Cathal, “the great shadow of his father’s language” which surfaces in his petty sentences, or when he enjoys the word “bitch”, and even more so in the plural, “the bitches”, “the damn bitches”. And then his “inability” to go deeper, to experience intense emotions, to come closer “to a truth that he had not once considered”, while Sabine, on the contrary, stalks him. He spends his time running away, in sleep or pleasure, from the “painful bout of something he [has] never known”—angst, perhaps? Male life is then described as a poker tournament, where it is above all a question of “betting, playing it safe and bluffing” without realizing, or too late, that we are losing, that we “keep [ e] to lose”. The writer underlines how much the intrusion of a woman in the universe of a man can be suffocating. Sabine arrives at Cathal’s with “her mess”, sits down, doesn’t listen to her, hangs around without makeup, and he is inconvenienced: “Maybe it’s just too much reality”, he says, attached to the fantasy of a delectable life where women “give you what you want”.

Facing him, through Sabine, a certain feminine vision emerges. Like Vermeer’s women once seen in the National Gallery, “sitting there as if waiting for someone or something that might never come,” Sabine embodies the disappointment in the man he sometimes reads in her without a word being exchanged: he “had seen something hideous about himself which she reflected back to him, with her gaze”. Loneliness, however miserable, seems preferable to him, when you no longer have to worry about “lowering the toilet seat” and drinking from the tap as in the old days on campus is enough to give him “a feeling close to happiness”. . Everything, rather than facing the judgment of his partner. “That was the problem with women who stopped loving you: the veil of enchantment lifted and they saw through you. Sabine pushes Cathal to his limits through the dialogue he is trying to escape. “You know what’s at the heart of misogyny? In the background? (…) It’s just about not giving,” she told him.

Superficial selfishness and refusal to question oneself on the one hand, disillusioned expectation and brutal lucidity on the other: a novel would undoubtedly have made it possible to qualify this score. But, in a few pages, ferocious because similar to the ordinary of our lives, and with a consummate art of the fall, Claire Keegan torpedoes “what seemed to be love”, dismantles the inexorable mechanics of failure and speaks to the fundamental discordance between the sexes.