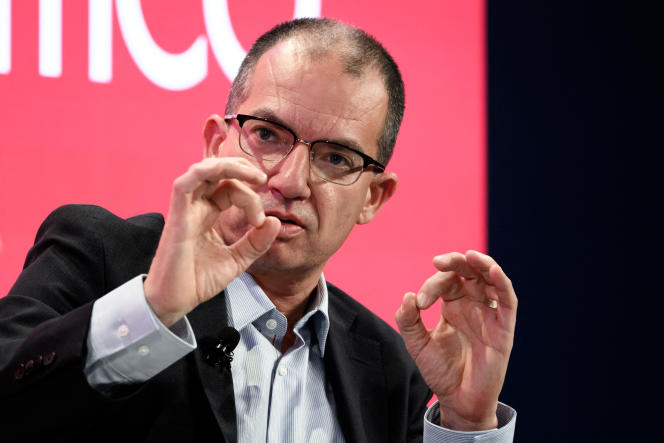 He is not a social media fan. It is therefore on his company blog that the CEO of Moderna, Stéphane Bancel, announced the sale of all of his stock options for the benefit of charities. “Brenda [his wife] and I will be donating all after-tax proceeds from my stock options since joining Moderna,” the biotech boss wrote on Tuesday, May 24.

The co-founder of the laboratory, who became a billionaire thanks to the sales of the vaccine against Covid-19 – his personal fortune is estimated at 4.4 billion dollars (4.1 billion euros) according to Forbes –, had been awarded by his company, in August 2013, a stock purchase option, which is scheduled to expire in the summer of 2023. This offered the company the possibility of acquiring nearly 4.6 million shares at a fixed price of 0.99 dollars (0.92 euros) per share, which is 139 times cheaper compared to the current price of around 137 dollars.

“If we do not exercise this call option, it will expire and be worthless. Our choice is therefore clear: to exercise the option and take advantage of this moment to create positive change in the world”, explains the Marseillais, who estimates the total amount of this donation at 355 million dollars (331 million euros), assuming the stock is trading around $140.

“Moderna has given my family financial security like I never imagined or, frankly, sought. In an effort to be transparent, I wanted to let you know how I plan to use my personal financial resources to better the world,” he said in his post.

Will this philanthropic act be enough to silence the critics? Launched in the race for a cure for Covid-19 at the start of 2020, Moderna has established itself thanks to its messenger RNA vaccine as one of the big winners of the pandemic. In 2021, its turnover thus amounted to 18.5 billion dollars (17.2 billion euros), of which 96% came solely from sales of its product against SARS-CoV2. A commercial success which did not fail to arouse remarks. Like his rivals, the American Pfizer and the German BioNTech, Stéphane Bancel has regularly been questioned about the selling prices of his vaccine, one of the most expensive on the market, but also about the slowness of its deliveries. to the poorest countries during 2021.

News Editor - May 25, 2022 0
Small, Corentin Moutet fell asleep with Rafael Nadal's tank top as pajamas, as he confessed to journalists, after his victory in the first round...