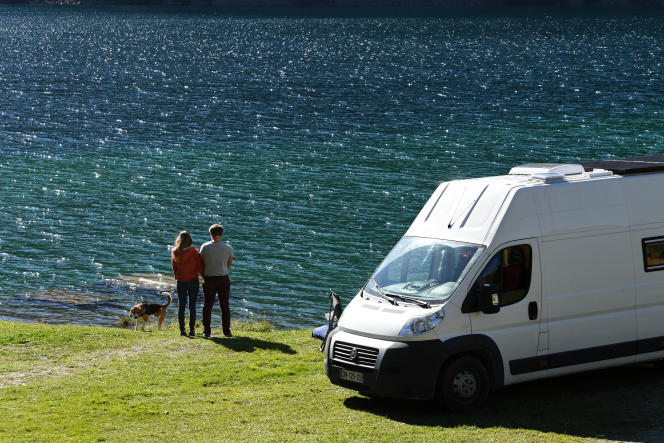 In 2021, when he filled the double 120-litre tank of his motorhome, Julien Guigou paid around 150 euros. The sum has now reached 240 euros. “My bank card may not even pass,” worries this forty-something, on the roads since 2017. Like motorists, motorhome users are now seeing their fuel costs skyrocket.

At more than 2 euros per litre, the price of diesel and petrol risks upsetting the habits of itinerant travellers, who have been increasing in number since the Covid-19 crisis. More than 100,000 new motorhomes were registered in France in 2021, an increase of 23% in one year. In total, France now has 1.5 million motorhome owners.

The demand for new vehicles is such that manufacturers’ deadlines are eighteen months. The rental market is booming: the Yescapa platform, connecting individuals, is up 40% compared to 2021. Service areas should therefore not be empty this summer: “We has seen a doubling in attendance since January 1,” says Olivier Coudrette, general manager of Camping-Car Park. The European network of stopover sites, which lists 575,000 motorhomes, thus counted 90,000 new customers this year.

Many, however, have reviewed their plans for this summer, changing their destinations with fewer departures abroad and a preference for regions close to where they live. “The majority of bookings are in the west of France – Pays de la Loire, Aquitaine and Brittany – where people have the most motorhomes,” says Coudrette, who is also seeing longer dwell times. on the spot. “Usually people stay one night. This year, reservations tend to be two. »

Savings on other items

Others, such as Eric Bessaguet, motorhome owner since December 2021, maintain their routes, but save on other items: “We have reviewed our daily budget so that we can have fun this summer”, he underlines , planning, once there, to move exclusively by bike or on foot.

Faced with rising costs, more and more owners are considering leasing their vehicle. Between 2019 and 2022, the number of listings nearly doubled from 6,500 motorhomes to 12,500 on Yescapa. “Some people rent to have a little extra income, others almost make it a business, explains Olivier Puybasset, manager for France and Belgium. On average, this brings in 5,000 to 6,000 euros per year. It is not negligible. »