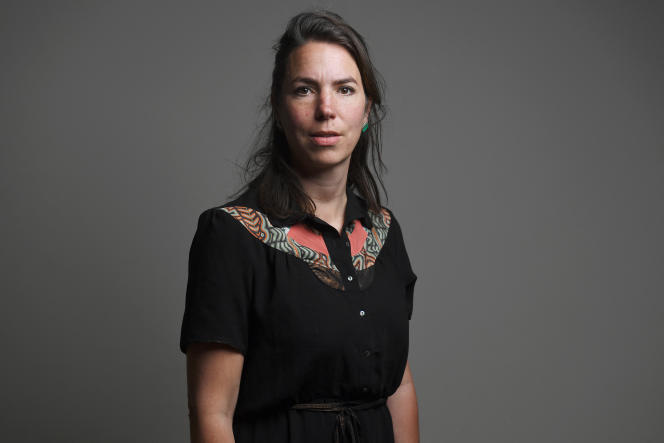 At 39, the environmental deputy for the 4th constituency of Loire-Atlantique, Julie Laernoes, has just resigned from her mandate as second deputy mayor of Nantes. This fierce opponent of multiple mandates already has a busy political life. Born in Delft (Netherlands), she completed a bachelor’s degree in history-political science-international law in Utrecht and continued with a master’s degree at Sciences Po Paris. Cruel disillusion at the key. “We were asked to swallow a thought and spit it out as it was, without re-examining things,” she says, citing as an example the surprised comment of classmates about her dissertation on the anti-nuclear movement in Europe: “Ah OK, is nuclear dangerous? »

A good point, all the same: it was at Sciences Po that she met Dominique Voynet, who came to talk about the European Constitutional Treaty. The latter offered her an internship in the Senate, then to participate in her presidential campaign in 2007. The defeat in the national ballot was followed by a victory, in 2008, of Mrs. Voynet at the town hall of Montreuil (Seine-Saint-Denis): Julie Laernoes becomes chief of staff of the aedile. She moved to Nantes, after meeting the man who would become the father of her two children, on the sidelines of a meeting of her boss. Sees himself propelled campaign director of Jean-Philippe Magnen, environmental candidate in the regional elections in 2010, then secretary general of the group of elected Greens at the regional council.

“Want to be helpful”

Then came the time when she wanted to “do it herself”. Elected in Nantes in 2014, she became vice-president for energy and climate at metropolitan level. She regularly passes for a rebel within the majority, opposing both Notre-Dame-des-Landes airport and a new football stadium called YelloPark for FC Nantes. More recently, she was critical of the move of the university hospital center to the Île de Nantes district, as she fired red bullets at the Heron Tree, a sculpture-carousel planned for 2027 and costed at 52.4 million euros.

“I’m capable of not winning all the arbitrations, but I don’t understand when a project goes against common sense,” she says, while claiming to be “loyal”. Welcoming his “pugnacity” and “his attachment to Europe”, Mounir Belhamiti, elected from Nantes, also a Macronist deputy, deplores that “the gently libertarian ecological line” of Ms. Laernoes has “drift into a form of leftist radicalism”. “She often talks very excessively, with a very harsh vocabulary,” he said.

Prior to Mrs. Laernoes’ election as Member of Parliament, which brought her father to tears in the Netherlands, the family crest was her maternal great-grandmother, a musician – saxophone, piano and clarinet – who accompanied Mistinguett at the Moulin Rouge. She swears that she has no “higher ambition”, insisting on “a balanced life”, and notes: “I fight for my ideas and my beliefs, I want to be useful, but I don’t want to have a stronger exposure. »