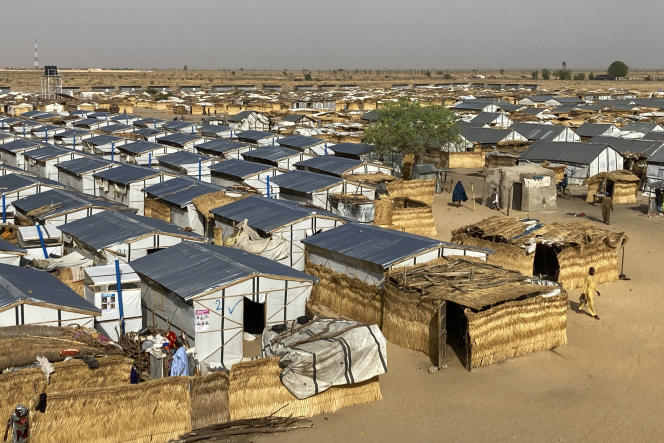 Thirty people were killed on Saturday, May 22, in northeastern Nigeria in an attack carried out by jihadists in retaliation for an army raid, we learned from two militia leaders. It was only known on Tuesday May 24 due to the poor quality of the communications network, the jihadists having destroyed several telecommunications relays in the region. The 30 victims were “scrap metal workers who were in the area looking for burnt-out vehicles, which are numerous in villages in northern Borno due to the terrorist attacks”, Babakura told Agence France-Presse (AFP). Kolo, leader of a militia in the regional capital Maiduguri.

The men killed in the attack had come on foot from camps for displaced people in the town of Rann, 80 km away. According to another militia leader, Umar Ari, the Islamic State in West Africa (ISWA) accused the scrap metal workers of informing the army about their positions in the area. “The 30 men had the misfortune to be in the area when the terrorists were mourning the death of their two commanders killed in a military operation,” Ari told AFP.

Clashes that plague the entire region

In recent weeks, the Nigerian military has carried out successful ground and air raids against Boko Haram and ISWA, killing several jihadist commanders. Separated from Boko Haram in 2016, the organization has gradually risen to the rank of the most powerful jihadist group in the region.

Both entities are increasingly targeting civilians, including loggers, farmers and herders, whom they accuse of spying on them. The violence has claimed more than 40,000 lives and forced some 2.2 million people from their homes in northeastern Nigeria since 2009, according to the UN. Most of the displaced people live in camps and depend on food aid provided by humanitarian organizations. Many of them are forced to cut down trees in this arid region to obtain firewood, and to collect scrap metal which they sell to buy food.

Jihadist violence in Nigeria has spread to neighboring Niger, Chad and Cameroon. To combat them, the armies of the four countries, as well as that of Benin, reactivated in 2015 a Mixed Multinational Force (MMF), created in 1994 but very little operational since.