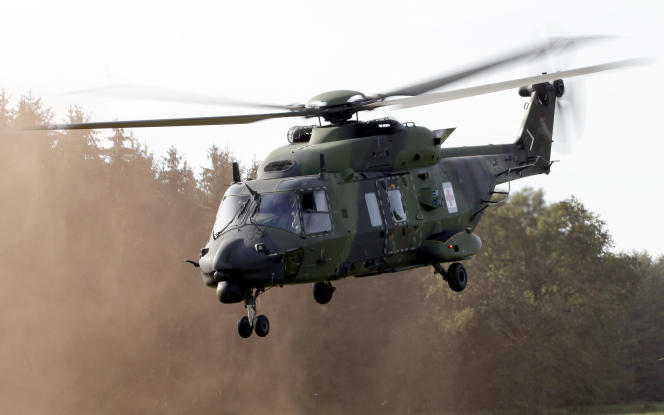 “We have a helicopter that is not working as it should,” said General Eirik Kristoffersen, who heads the Norwegian army. Overwhelmed by delivery delays and availability problems, Norway announced on Friday, June 10, the cancellation of a contract for 14 NH90 military transport helicopters with the European industrial consortium NH Industries (NHI), whose headquarters is in Aix-en-Provence.

Despite an order placed more than twenty years ago, Oslo underlined having received only eight fully operational examples of the aircraft built by NHI, which is 62.5% owned by Airbus Helicopters, 32% by the Italian Leonardo and 5.5% by the Dutch Fokker Aerostructures. The Norwegian government will return the 13 helicopters already delivered and is also demanding reimbursement of 5 billion crowns (about 500 million euros), he announced at a press conference.

“Unfortunately, we have come to the conclusion that no matter how many hours our technicians work and how many spare parts are ordered, this will not make the NH90 capable of meeting the needs of the Norwegian military,” said Defense Minister Bjorn Arild Gram. His ministry will “quickly” begin a process to identify an alternative model, the government said in a statement.

This cancellation is a new setback for the NH90 after the early retirement of the model in the Australian army, announced in December 2021, in favor of the UH-60M Black Hawk of the American Sikorsky.

In addition to the delivery delays – the order initially provided for delivery of 14 copies in 2008 – the Norwegian army denounced problems of reliability, maintenance and obsolescence of parts.

The Norwegian army had hoped for an annual flight time of 3,900 hours, but in reality this is capped at 700, according to the ministry. The Norwegian NH90s were intended for coastguard and underwater warfare missions.

In a statement, NHI wrote that the Norwegian government’s decision to cancel this contract was “without legal basis” and said it was “extremely disappointed”.